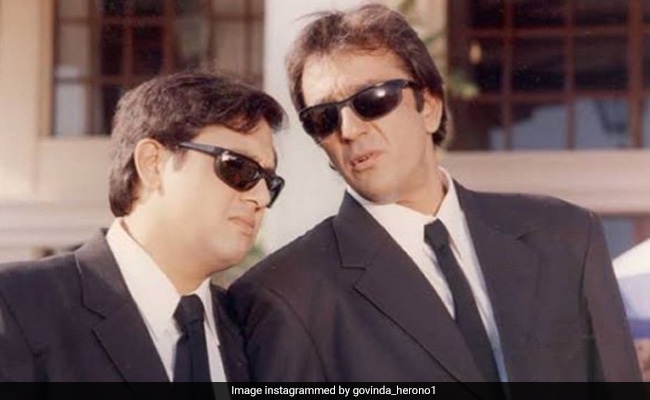 Govinda and Sanjay Dutt in a still from the film. (Image courtesy: govinda_herono1)

David Dhawan's film Haseena Maan Jaayegi, a full-on family entertainer, clocked 21 years on Wednesday. Govinda, who starred alongside Sanjay Dutt, Karisma Kapoor and Pooja Batra in the film, shared a post on the occasion, celebrating 21 years of his film. The out-and-out comedy film was a hit at the box office and is still a favourite among many of us. Govinda shared an album, comprising a poster and two stills from the film. While the poster features Govinda, Sanjay Dutt, Karisma and Pooja, the stills show Govinda's character from the film. "Oh Yar, 21 saal hogaye! Main kya badhaai ho... badhaai ho... Balle Balle!" wrote Govinda in his post.

Other than Haseena Maan Jaayegi, Govinda and Sanjay Dutt starred together in films such as Andolan, Achanak, Do Qaidi, Taaqatwar and Ek Aur Ek Gyarah. Govinda has also shared screen space with Karisma Kapoor several times. The duo have co-starred in movies like Hero No 1, Raja Babu, Khuddar, Jab Jab Pyaar Hua and Shikari, to name a few.