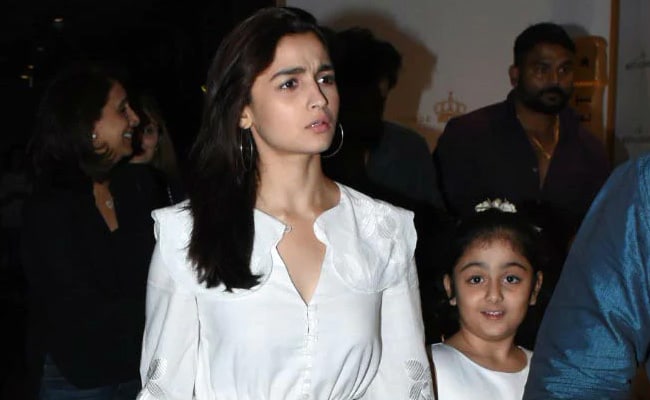 A file photo of Alia Bhatt with Samara in Mumbai.

Alia Bhatt shared a super cute birthday greeting for boyfriend Ranbir Kapoor's niece Samara, who celebrates her 10th birthday today. Alia Bhatt, who is frequently spotted with Ranbir Kapoor's family, shared a super cute picture of the birthday girl on her Instagram story on Tuesday and she wrote: "Happy birthday my cutie patootie." She added a couple of heart and kiss emojis and she wrote: "Sam's a big girl now." How cute is that! Alia Bhatt is often seen chilling with Ranbir's mom Neetu Kapoor, his sister Riddhima Kapoor Sahni.

This is what Alia Bhatt shared: 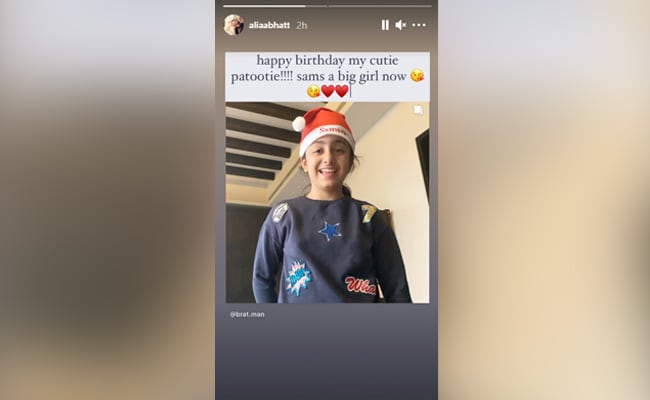 Meanwhile, Samara's mother Riddhima Kapoor Sahni shared this post for the birthday girl and wrote: "To my most precious! To the most beautiful girl - You have grown up so fine and you make me proud every day! I love you my Sam. May your birthday sparkle just as much as you do! Happiest birthday my princess." She added the hashtag #samaraturns10 to her post.

Alia Bhatt and Ranbir Kapoor, who are co-stars in Ayan Mukerji's film Brahmastra, also starring Amitabh Bachchan and Mouni Roy, reportedly stated dating in 2018. They made their first appearance together at Sonam Kapoor and Anand Ahuja's wedding reception. However, it was only last year that Ranbir Kapoor referred to Alia Bhatt as his "girlfriend" in an interview with film critic Rajeev Masand. He also revealed that he and Alia would have been married if it weren't for the pandemic.

Weekend Binge: After Bhediya, Step Into The World Of Fantasy With These Films