"Actors, Listen Up": Parineeti Chopra Has A Shoot Hack

"My saviour on the Uunchai shoot," wrote Parineeti Chopra 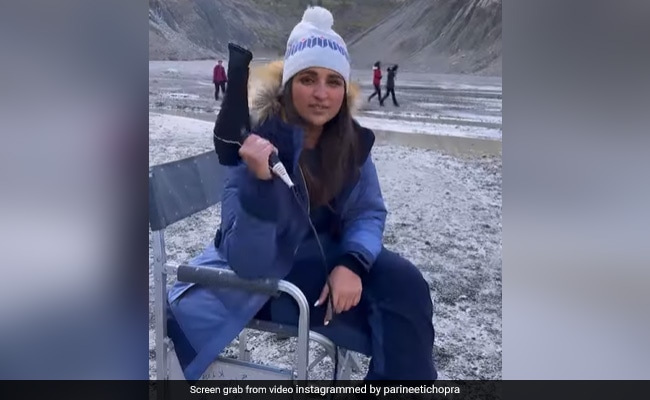 Parineeti Chopra in a still from the video. (courtesy: parineetichopra)

Parineeti Chopra always keeps it fun and real on social media. On Thursday, the actress allowed fans to look at an “actor's secret”. Parineeti shared how she kept herself warm on the sets of Uunchai, her latest release. The film, which involves three friends attempting to trek to the Everest Base Camp, was shot in several mountainous districts of India and Nepal. Given the low temperature in the region, it is only natural for the cast and crew of the film to cover themselves in layers of clothing. To further keep herself warm, Parineeti came up with a "jugaad". The actress used a hairdryer to blow hot air into her boots to keep her feet warm.

In the video, Parineeti Chopra said, “My saviour. I need this,” while keeping her feet warm. In the caption, she wrote, “My saviour on the #Uunchai shoot. Proud to announce that everyone on set stole my trick. #ActorSecrets #Hairdryer #Jugaad.” 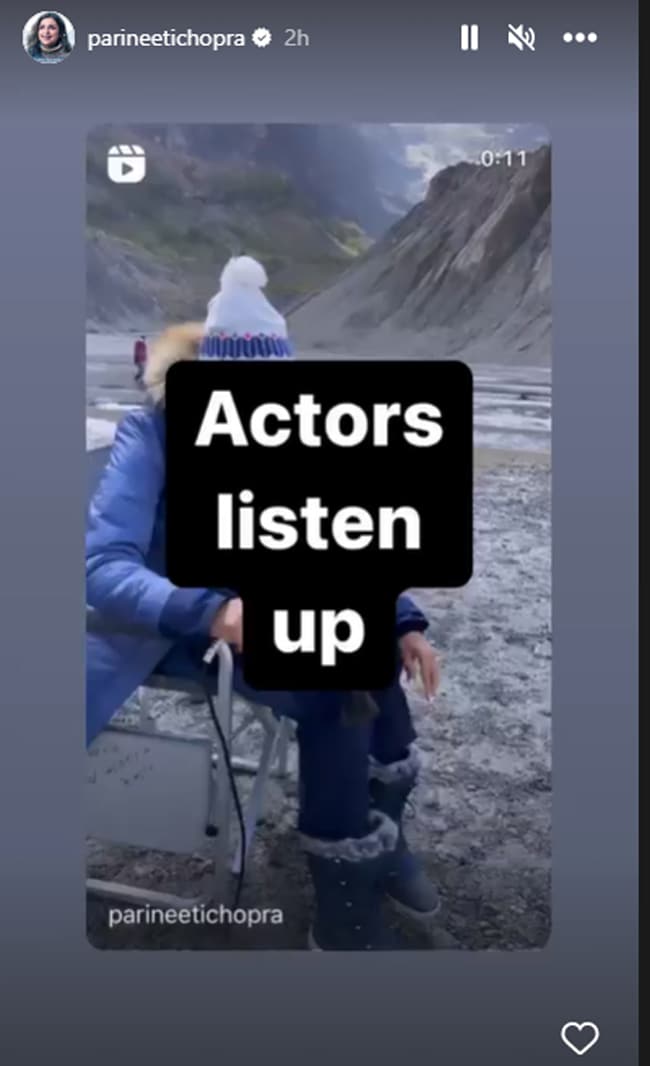 Parineeti Chopra, on Wednesday, also shared just how happy she is to have worked in Uunchai with Bollywood veterans like Amitabh Bachchan, Anupam Kher, Boman Irani, Sarika, Neena Gupta and Danny Denzongpa. She posted a montage video of the cast on set and wrote, “Trek, shoot, meditate, repeat.”

On another occasion, Parineeti Chopra shared more unseen images with director Sooraj Barjatya and her co-stars. “The moments that made Uunchai. This shoot was a once-in-a-lifetime blessing,” Parineeti wrote about the experience.

Parineeti Chopra celebrated 10 years in Bollywood on the sets of Uunchai. She shared a video of a party organised on the sets of the film and said, “The best surprise ever! Thank you to the entire team of Uunchai and Team Parineeti for making yesterday incredible. To celebrate with and learn from such massive legends, I must have done something right. 10 years .. and I'm just about starting. Special love for my A-team/family without whom I am nothing. It truly takes a village. Neha, Ajayji, Micheal, Manju, Govind, Sanjay and the massive team at YRF - You make this crazy, hectic life better. Needless to say, I am nothing without my fans. Thank you for making me a part of your life.”

Uunchai was released in theatres on November 11. Parineeti Chopra will be next seen in Capsule Gill.