"The moments that made Uunchai ...This shoot was a once-in-a-lifetime Blessing," wrote Parineeti Chopra 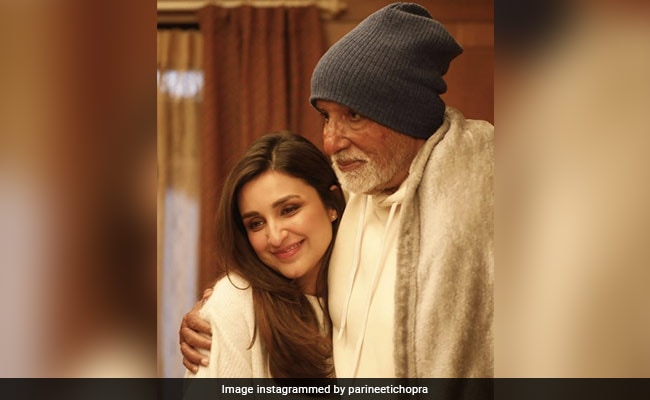 Parineeti Chopra, on Sunday, shared many BTS (behind-the-scene) pictures and videos from her recently released film Uunchai. On Instagram, she posted happy and adorable photos and videos with her Uunchai co-stars, Amitabh Bachchan, Anupam Kher, Boman Irani and Sarika. The post also features director Sooraj Barjatya. Sharing the post, she wrote, "The moments that made Uunchai ...This shoot was a once-in-a-lifetime Blessing." The pictures and videos are from the Nepal schedule as the actress has geotagged the country and used the hashtags "Memories and Uunchai"

A few weeks ago, Parineeti Chopra shared a "cool" video featuring her, Amitabh Bachchan, Anupam Kher, Neena Gupta, Boman Irani and Sarika. In the caption, she wrote, "Class of cool. Here comes 350 years of experience in a frame, together!"

Helmed by Sooraj Barjatya and produced by Rajshri Productions, Uunchai also stars Neena Gupta and Danny Denzongpa. The film released on November 11, is based on three aged friends who go on a trek to the Everest Base Camp to fulfil their fourth friend's (Danny Denzongpa) last wish.

Saibal Chatterjee in his review for NDTV, wrote, "Uunchai is steadfastly conservative in its approach to the questions that it tries to answer through the collective prism of four men who have faced more than their share of ups and downs in life. It touches upon a love lost, on a marriage cut short by untimely death, another disrupted by irreconcilable differences and the onset of clinical depression, and on a girl's estrangement with her parents. The overlong Uunchai spends an inordinate amount of time holding forth on ageing, transience, mortality and the urge for freedom when old age threatens to change the pace and quality of life."

Meanwhile, Parineeti Chopra will be next seen in Capsule Gill, which is scheduled to release next year.