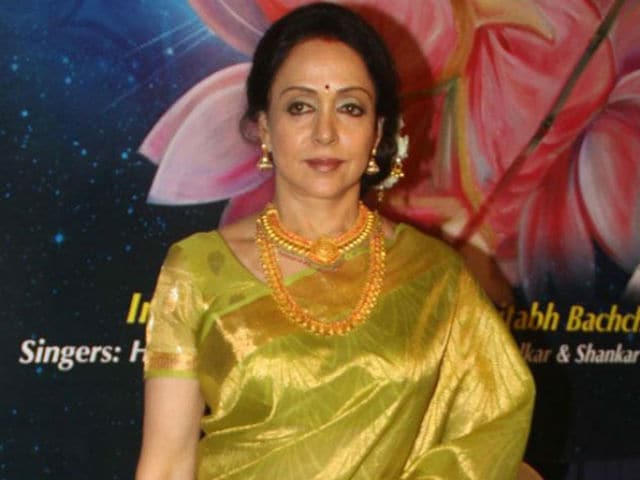 Hema Malini is the star of films like Sholay and Baghban

Mumbai: Bollywood actress and BJP's Lok Sabha member Hema Malini has lauded Sri Sri Ravi Shankar for his attempt 'to integrate all cultures of the world' with the Art of Living's World Culture Festival (WCF) in Delhi.

Hemaji, who is a trained Bharatnatyam dancer, tweeted:

The Sholay actress also added that her 'great regret' was that she missed the three-day event, which is currently underway on the Yamuna floodplains in the capital.

While stuck in traffic I saw swarms of ppl, thousands of cars all headed to the fest.I tried to reach at least by 9 PM but tht was not to be

Finally,most reluctantly, I was forced to head instead for Mathura as my own prog was on the next day.Feel sorry I missed the gt opportunity

The WCF has been attended by several Bharatiya Janata Party chief ministers including Shivraj Singh Chouhan of Madhya Pradesh, Raman Singh of Chhattisgarh, and Devendra Fadnavis of Maharashtra, apart from Prime Minister Narendra Modi, central ministers and other political leaders.

The ongoing event, which concludes on Sunday, has participants and guests from all over the globe.