'Hello Snack': Kriti Kharbanda, Pulkit Samrat's PDA Is Getting Cuter By The Day

Love is in the air for Kriti Kharbanda and Pulkit Samrat! Kriti and Pulkit at a friend's wedding (courtesy kriti.kharbanda)

Love is in the air for Kriti Kharbanda and Pulkit Samrat! The 31-year-old actress and the Fukrey actor are painting not only Mumbai red but also Instagram. Kriti recently shared a loved-up photo of the two from what appears to be a friend's wedding and followed it up with a few glimpses of her admiration for amchi Mumbai's favourite snack vada pav and Pulkit Samrat. "Vada pav mornings," Kriti wrote in an Instagram story and followed it up with another, in which Pulkit Samrat can be seen enjoying some vada pav. "Hello, snack," Kriti Kharbanda captioned her Instagram story and added a few heart emojis and we think the caption sort of applies to both Pulkit and the snack in his hand. 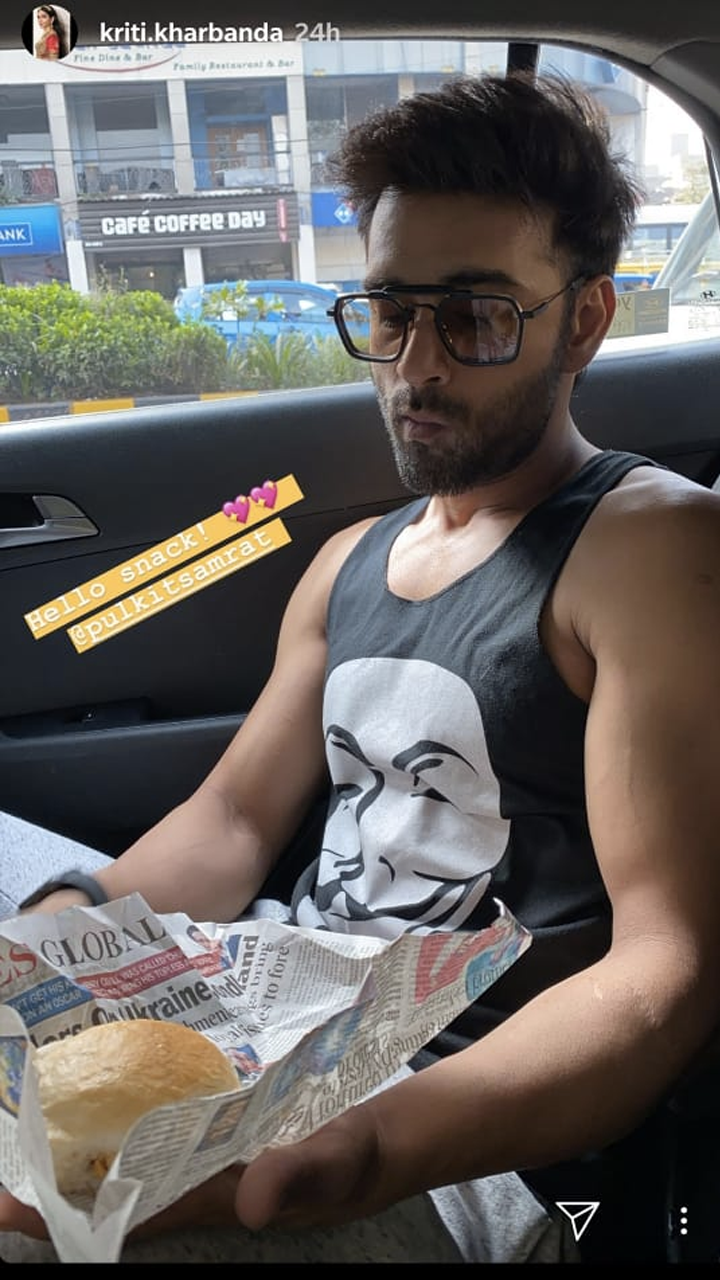 Looks like Kriti roped in Pulkit for this adorable shot from the beach wedding. The couple were spotted twinning in pink - she in a sequined lehenga, he in a sherwani. No caption needed.

Kriti Kharbanda and Pulkit Samrat, who have "no qualms" about admitting they are dating (her words), trended a great deal recently for this loved-up photo from the wedding they attended together.

Earlier in December, reacting to reports about her then-speculated romance with Pulkit, Kriti told news agency IANS: "Can you blame them (for spreading the rumours)? We look so hot together. We have such great chemistry and look so cute together. Anybody would guess that we are in a relationship. Pulkit is very special to me and will always be so." Meanwhile, this is what Pulkit had told IANS: "Working with her is insane. I wouldn't have been able to survive a couple of films if she was not my co-star."