He Kissed A Girl (Katy Perry). He Didn't Like It 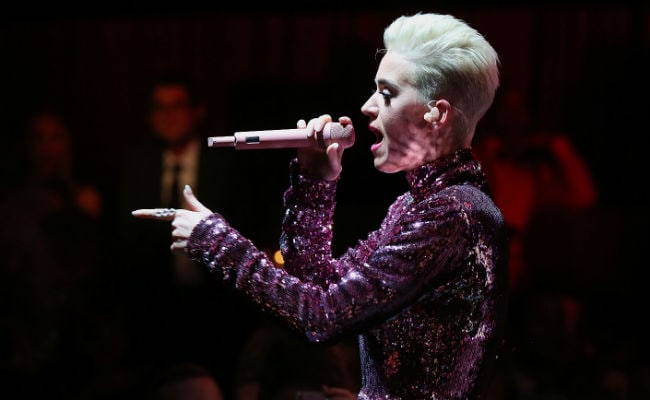 New York: For many young men inexperienced in romance, having one's first kiss with none other than Katy Perry would presumably be a welcome prospect.

Not so for Benjamin Glaze -- a 20-year-old from Oklahoma who showed visible discomfort when kissed by the pop superstar as she served in her new role as a judge on talent show American Idol.

Glaze explained on an episode broadcast this week that he had never kissed anyone before and had wanted to save the experience for a relationship.

His remark came after country star Luke Bryan, a fellow judge on the show, phrased as a question one of Perry's most famous lyrics: "Have you kissed a girl and liked it?"

Perry beckoned over Glaze and invited him for a kiss, which he delivered on her cheek. She followed up by quickly smacking him right on the lips. Blaze voiced shock and stumbled through his song before being dismissed by the judges.

Perry's forwardness, while in line with the playful behavior of television personalities, triggered a flurry of commentary on social media -- with some accusing her of sexual harassment amid the newfound focus on consent in the #MeToo movement.

Speaking to The New York Times, Glaze said he was raised in a conservative family and had felt "uncomfortable immediately" as "I wanted my first kiss to be special."

As the story generated growing commentary, Glaze on Wednesday went to Facebook to criticize the media coverage and said he was not complaining about Perry.

"I do not think I was sexually harassed by Katy Perry and I am thankful for the judges comments and critiques," he wrote.

"I was uncomfortable in a sense of how I have never been kissed before and was not expecting it.

Promoted
Listen to the latest songs, only on JioSaavn.com
"My main goal is to reach people through the universal love of music and not cause strife or anger against anyone or about any situation!"