Having Lost Films To 'Established Actors,' Tripti Dimri Was 'Shocked' To Be Cast In Laila Majnu 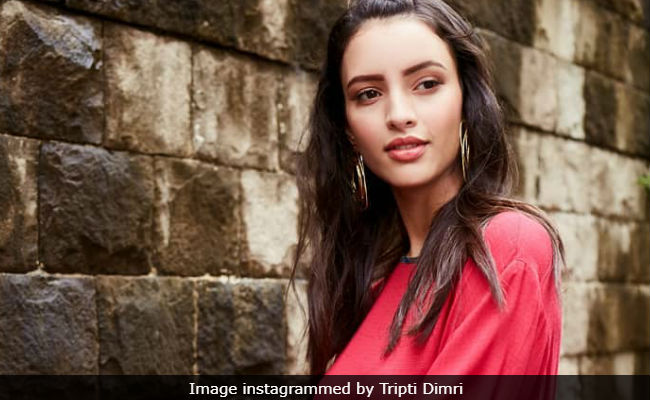 Actress Tripti Dimri, who stars in upcoming film Laila Majnu, says that for a newcomer getting a film in Bollywood is difficult and even after being cast in a film, an artiste from outside the industry is at a risk of being replaced by an 'established actor,' reports news agency IANS. Tripti Dimri plays the titular Laila in the Sajid Ali-directed film, which is co-produced by Imtiaz Ali (Sajid's brother) and Ekta Kapoor. "Outsiders don't get it easy. I was not even expecting to get a film. It was not on my mind and it was a shocker for me when they took me for the film which has people like Imtiaz and Ekta Kapoor attached to it. I have auditioned for a lot of films and at the final stage, I have been told that an established actor is doing the film. This has happened to me a lot of time. So this time, I was shocked," Tripti was quoted as saying.

Speaking about her journey from several rejections to Laila Majnu, Tripti Dimri told PTI: "I had auditioned for the film in 2016 but I got rejected at that time. In 2017, I moved to Bombay and I got the script again and told my agency that there is no point in trying it again as I was already rejected. One day, I was auditioning for some other thing and my friend was auditioning for Laila Majnu. She asked me to come with her so that we could leave together. While I was waiting, the guy who was taking the audition said, 'Why don't you give it a try'. I said okay and I did it again. The next day, I met Sajid sir, and we did another audition which lasted for 7-8 hours."

Tripti Dimri also told PTI that after several rejections, she thought she had no chance of starring in films therefore she wanted to try her luck on the small screen. "I thought I have no chance in films and so wanted to do TV. I was very confident that I might become a star on small screen," she said.

Laila Majnu also stars Avinash Tiwari and the film will hit the screens on September 7.