Vinta Nanda, the creator of Tara, shared a shattering account of rape, which happened nearly two decades ago 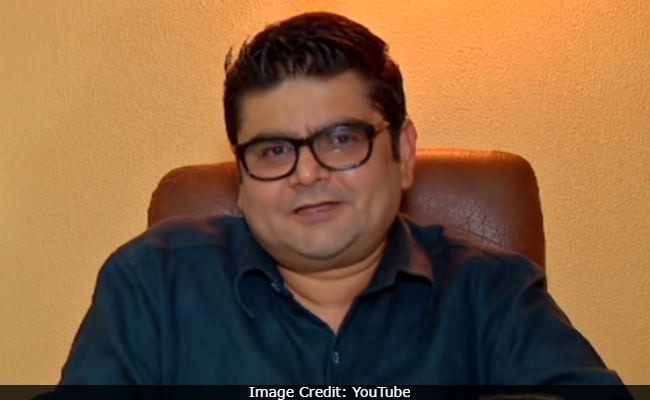 Vinta Nanda's Tara actor Deven Bhojani, in an interview to Zoom TV, said that she is "courageous and as it's not easy for a woman to confess such things." Earlier this week, Vinta Nanda, the creator of 90s show Tara, shared a shattering account of rape, which happened nearly two decades ago. The alleged rapist was a 'sanskaari' actor, she wrote in her lengthy Facebook post, whom social media has identified as Alok Nath. Deven Bhojani, who was cast in Tara after Alok Nath's exit from the show, told Zoom TV, that though he doesn't know the actor very well, but he used to interact with Vinta Nanda. He also added that he's heard stories of Alok Nath's "drunken behaviour" and how he turns into a "crazy" person after his evening drinks.

"Vinta must be a really courageous woman to confess it because it's not easy for a woman to come out openly and share such things. The way she's described, it was so traumatic. I come from the same industry, I have great friends and relatives in the industry and you think about your own family members - how I would have reacted if something of this sort would have happened to my sister or mother. That was really traumatic. If it is right, laws should take its course and go further about it," Deven Bhojani, who played Petha in Tara told Zoom TV, adding that Ms Nanda's Facebook post was "traumatic" and "she's not doing it for any publicity of any sort, as she doesn't need that."

"About Alok ji, I haven't worked with him often. But yes, I have heard about it vaguely that he is a nice person during the day but after evening, when he drinks, he gets crazy. He abuses, he gets into fights and does all sorts of things that a normal Alok ji would never even think of. So this is the image, these are the stories I have heard. I don't know how much truth lies in these stories," Deven Bhojani added. Mr Nath has made his name by playing the 'sanskaari bapuji' in many of Barjatya family dramas and other TV shows.

Vinta Nanda's post also revealed that the actor who allegedly raped her first harassed the lead actress - Navneet Nishan, not named in the post. Pressure from the TV channel ended with Tara going off air abruptly and Ms Nanda's other shows being cancelled too. On Tuesday, in a statement to NDTV, actress Navneet Nishan corroborated Vinta Nanda's account of alleged rape and how she was harassed on the sets. Ms Nishan said she was harassed for four years at the end of which she 'slapped the man in question' and that she was 'further shamed by the man through the media.'

Deven Bhojani also recounted how the sudden end of Vinta Nanda's shows had made him jobless. "What I agree with from her post especially - for Tracinema, the company, Vinta Nanda and Raman Kumar - were the partners in the company - and they had around six shows for one particular channel and I was a part of three of them. I was busy every day shooting for one or the other show. Since I was busy for the whole month, I didn't accept any other production house or any other work. But just overnight, I got to know that all the 6 shows have been axed from that particular channel. It made me jobless," Mr Bhojani, best-known for his roles in the sitcoms like Office Office and Sarabhai vs Sarabhai told Zoom TV.

Meanwhile, Alok Nath in his defence told ABP News, that he neither 'denies nor agrees with Vinta Nanda's allegations and that 'only what a woman says will be considered.'

Vinta Nanda also addressed the media on Tuesday and said she is meeting advisors and will decide on a plan of action. She has already been promised 'full support' by the Cine And TV Artistes Association (CINTAA) in the event of a formal complaint. The Producers Guild has also released a statement saying they are committed to providing safe workplaces for all members of the film and TV industry. "I would imagine he's afraid and he is the one who needs to deal with his fear. I am fearless today because I have spoken what I had to and I've let it out. And for the first time in 20 years, I'm feeling fearless, like I used to feel at that time before this happened," she said, reports ANI.