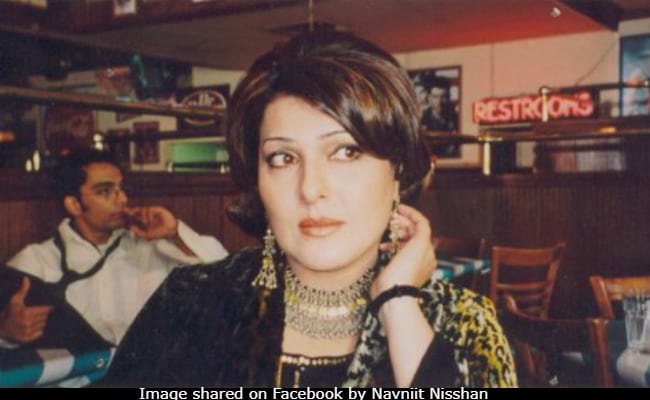 Old wounds have reopened as #MeToo allegations engulf the worlds of entertainment and media. In a statement to NDTV, actress Navneet Nishan has corroborated Tara showrunner Vinta Nanda's account of alleged rape which also included details of how Ms Nishan was harassed on the sets of the Nineties TV show. In her statement, Ms Nishan, who played the central role of Tara, said she was harassed for four years at the end of which she 'slapped the man in question' and that she was 'further shamed by the man through the media.' Ms Nanda has described how Navneet Nishan endured being inappropriately touched by the male lead on the show until she finally complained. Later, Ms Nanda was allegedly raped by the actor - identified on social media as Alok Nath, the 'sanskaari bapuji' of several films and serials.

In her statement to NDTV, Navneet Nishan said: "I support every woman and man who is standing up for herself/himself in the #MeToo movement. I empathise with Vinta for the terrible pain she has gone through; it is unimaginable. I dealt with the four-year harassment by slapping the man in question and it is done and dusted. l suffered the loss of the show and was further shamed by the man through media and I endured that. I fought my battles there and then. I am immensely glad that the power trip and sexual dominance coming from this power is being called out. It is high time."

The media shaming Ms Nishan is referring to is likely a magazine interview in which Alok Nath reportedly claimed his co-star used drugs. This detail is included in a 1994 report published in India Today that is being circulated anew - it reveals that back in the day, Navneet Nishan had sued Mr Nath for Rs 1 crore for alleged misconduct and that she called him an 'alcoholic fool.' The hugely popular Tara ran for five years between 1993 and 1997.

Vinta Nanda's traumatic account of allegedly being raped and brutalised by the actor has shocked social media. Described in Ms Nanda's harrowing account as "the actor par excellence who is known as the most #Sanskaari (cultured) person in the film and television industry," the alleged predator was quickly identified on social media as Alok Nath.

Today, film body Cine And TV Artistes' Association or CINTAA has promised Ms Nanda 'full support' were she to file an official complaint. CINTAA also said they will send Mr Nath a show cause notice.

Dear @vintananda I am so so sorry. As @CintaaOfficial a show-cause Notice will be sent to @aloknath first thing in the mrng, why he shudnt b expld. Unfortunately we've to follow the due process. I urge u to file a complaint against this vile creature, we extend u full support.

CINTAA also said yesterday that they are prepared to reinvestigate Tanushree Dutta's decade-old complaingt of harassment by Nana Patekar - Ms Dutta's renewal of the allegations two weeks ago is what triggered the avalanche of #MeToo accusations. Ms Dutta has now filed complaints with the police and with the National Commission of Women.