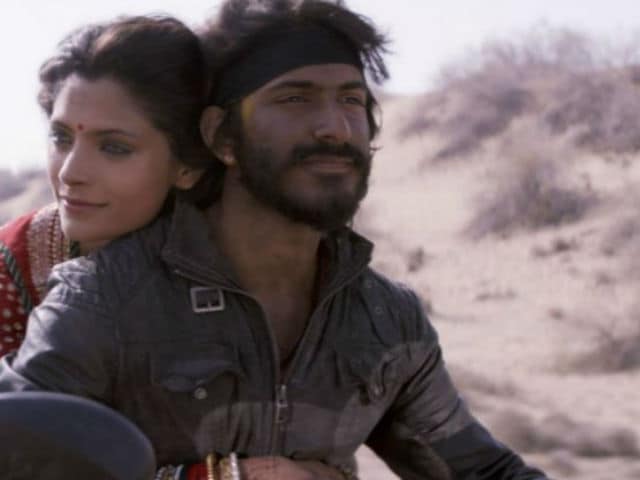 A still from the film Mirzya

New Delhi: After the scintillating title track, the makers of upcoming film Mirzya released Teen Gawah, a romantic song that lovers will soon swear by.

Mirzya couple Harshvardhan Kapoor and Saiyami Kher, both making their debuts, are lovers who appear to have eloped on the Saiyami's wedding day. The runaway bride and her swain make a break for it across a desert on his bike.

Young love thrives and the folk legend of Mirza Sahiban is evoked towards the end.

Composed by the Shankar-Ehsaan-Loy trinity, Teen Gawah has been sung by Shankar Mahadevan's son Siddharth. In this song, he sounds uncannily like his father. A Breathless number it is.

Promoted
Listen to the latest songs, only on JioSaavn.com
Take a look: