Gauri Khan shared a stunning portrait of her 17-year-old daughter, Suhana, on Instagram in which she looks absolutely fabulous 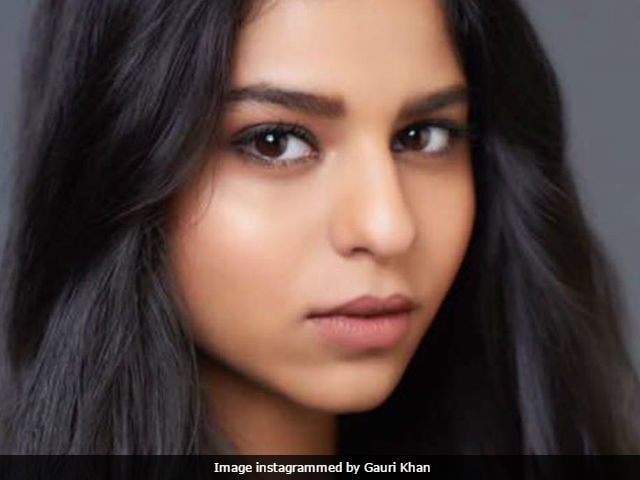 New Delhi: It's Shah Rukh Khan's daughter Suhana's birthday today. Gauri Khan shared a stunning portrait of her 17-year-old daughter on Instagram in which Suhana looks absolutely fabulous. Suhana looks gorgeous in the close-up picture, which shows her in minimal make-up. Gauri captioned the pic "birthday girl" with heart emoticon. We heart Suhana too. On the eve of Suhana's birthday, Gauri instagrammed another picture of her daughter, sandwiched between her two friends, and wrote: "Celebrations for tomorrow #happy birthday.. (sic)" Suhana is Shah Rukh and Gauri's second child - Suhana's elder sibling is Aryan, 19, and the younger one is AbRam, 5.

Take a look at Suhana's picture shared by Gauri Khan:

Suhana is currently enrolled in Mumbai's Dhirubhai Ambani International School and is reportedly planning to go to college abroad like Aryan, who recently graduated from London's Sevenoaks School and is currently studying film at the University of Southern California.

Promoted
Listen to the latest songs, only on JioSaavn.com
According to Shah Rukh Khan, Suhana also wants to make a career in Bollywood. Recently, short clips of a play in which Suhana featured as Cinderella (with a twist) went viral. The 51-year-old actor said that he wants Suhana to complete her education before pursuing a career in films. He also told Femina that Suhana can be an actor if "she has the passion and guts to work five times harder than me and get paid 10 times less than I do, if times don't change for women actors."

Shah Rukh Khan was last seen in January-release Raees and his next film, co-starring Anushka Sharma, releases in August. The film is directed by Imtiaz Ali.