On his birthday, here is a list of Hrithik Roshan songs you can dance to 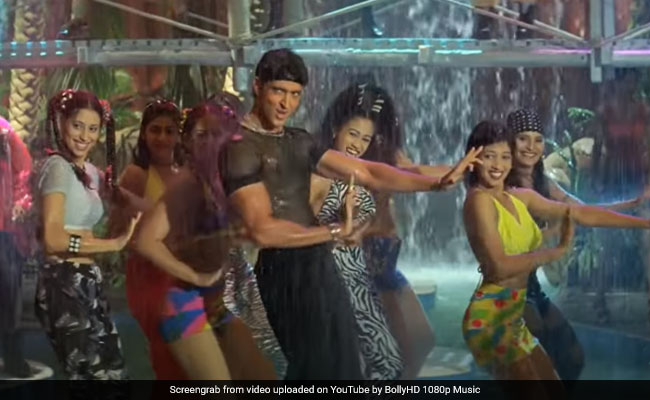 India's own Greek God, Hrithik Roshan, turns a year older today. And like fine wine, the actor keeps getting better with each passing year. Ever since his debut in 2000 with Kaho Naa... Pyaar Hai, Hrithik has been the nation's heartthrob. And, the country's thunderous response to his last release War in 2019 – it was the year's highest-grossing film – proves that the audience has not stopped swooning to the Hrithik's charm and dreamy looks for over two decades. And, adding to his appeal is Hrithik's inimitable dance moves that have caused him to be considered one of the country's best dancers.

If you grew up around the time Hrithik Roshan made his debut, chances are you tried to get the hook step of this song right. The song from Hrithik's debut film Kaho Naa… Pyaar Hai is what dream launches are made up and who can forget the swag the actor exuded in this track.

Picturised on Preity Zinta and Hrithik Roshan, the song proved that the star could be as delicate as he is sharp in his dance moves. Dressed in a simple kurta-pyjama and flaunting his oh-so-dreamy smile, this song is vintage Hrithik done right.

Though the film was released in 2001, Kabhi Khushi Kabhie Gham continues to remain relevant. In addition to the magic of the ensemble cast, the songs played a big role in making it a cherished movie. And stealing all the attention with his moves was Hrithik Roshan. Case in point – the actor's sizzling moves and chemistry with Kareena Kapoor Khan in the prom night number – You Are My Soniya.

Koi Mil Gaya was one of Hrithik Roshan's career-defining movies and for all good reason. As the star impressed fans with his acting chops, his dancing skills in the film earned adulation like never before. It's Magic is Hrithik's song all the way, as he casts a spell with each step he takes.

When Prabhu Deva -- one of the country's greatest dancers -- choreographs a song featuring Hrithik Roshan, you can bet history is made. The song from Lakshya, another one of Hrithik's critically acclaimed films, is a cult classic thanks to the amazing moves.

Hrithik Roshan and Aishwarya Rai brought style and swagger into the title track in Dhoom 2. The ruggedly handsome look of the star just added to the appeal of the song.

This track from Kites shows why Hrithik Roshan is one of the country's best dancers. With the spotlight only on him, the actor lets himself have fun on the dance floor and the result is glorious.

This fun dance number features Hrithik Roshan alongside Farhan Akhtar and Abhay Deol. The trio dances their heart out in the song and this is evident from the video. Interestingly, the actors also sang the song for the film.

Hrithik Roshan and Katrina Kaif came together for this title track and set the screen on fire. From Michael Jackson-inspired dance moves to stylish montages, the two made sure the country has a party track for the ages.

This song sent the nation into a tizzy and for the right reasons. Set in the background of a beach party, dressed in shirts and denim pants, Hrithik Roshan breezed onto the screen like a superstar and made us go wow.

No matter what the occasion, we are sure there is a Hrithik Roshan song on the playlist you can dance to.