Hansika Motwani Celebrated Her 30th Birthday In Maldives Looking Like This

The actress celebrated her birthday with her friends in the Maldives 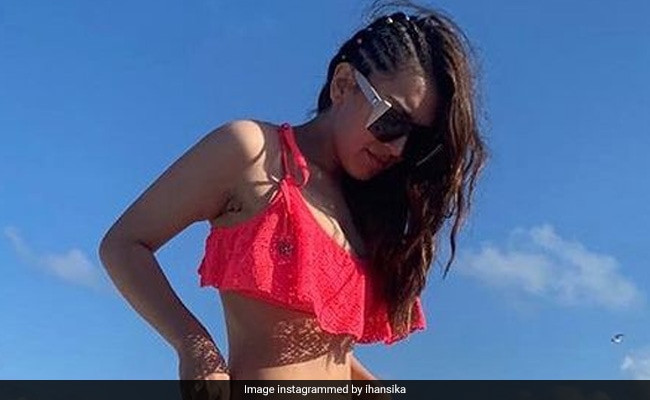 Actress Hansika Motwani walked into her 30s with style on Monday. The actress celebrated her birthday with her friends in the Maldives. On her Instagram feed, Hansika Motwani shared glimpse of her birthday celebrations at the beach destination and among them, one photo of the actress stands out. It features the actress sunbathing in a pink bikini. She styled her look with a pair of dark shades. Sharing the picture, Hansika Motwani accompanied it with an adorable note - a birthday wish for herself. The actress, who is staying at the Sun Siyam Resorts in the Maldives, wrote: "Hey H, happy birthday."

In a separate post, Hansika Motwani shared how her friends surprised her on her birthday. She posted a clip that features her entering a room decorated for her birthday with balloons and flowers. "Grateful," she captioned the video. Check it out here:

If you are a big fan of Hansika Motwani, we have something special for you. Last week, the actress gave us a sneak peek into her life. The caption on her video read: "A day in Hansika's life (on sets)." If you haven't seen the clip yet, see it now:

In terms of work, Hansika Motwani has acted in Hindi, Tamil, Telugu, Malayalam and Kannada films. She made her debut as an actor with the 2001 television show Des Mein Niklla Hoga Chand and became a household name for her performance in kids' show Shaka Laka Boom Boom, that also aired in 2001.