Gurmeet Choudhary Says It's 'Flattering And Scary To Have Devoted Fans'

Gurmeet said, "I owe my career to them (fans). But then I also have the right to some privacy" 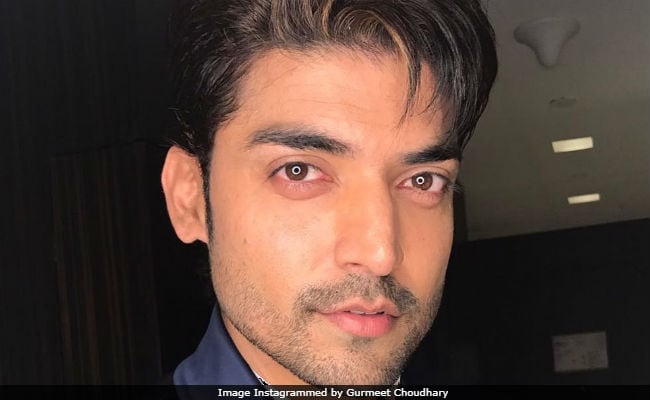 Gurmeet Choudhary at an event in UAE (Image courtesy - guruchoudhary)

New Delhi: Television actor Gurmeet Choudhary, best known for his role in Ramayan and Geet - Hui Sabse Parayi, was shocked to know that one of his fans is planning to take a drastic step in a bid to prove his admiration for the actor. He feels it's "flattering" as well as "scary" to have devoted fans, reported news agency IANS. Speaking of the entire incident, Gurmeet told IANS, "I'm not a stranger to fan attention. I do have my share of admirers and fans. To me they are God. Whatever I am, whatever I've achieved is because of them. I owe my career to them. But then I also have the right to some privacy. There has to be some area of my life that fans cannot enter." The actor was relieved after Mumbai police acknowledged the seriousness of the issue and extended support to the actor.

"I can't tell you all the details of the security arrangement. But the Mumbai police has been truly supportive and I feel my family is safe. I just don't want this misguided man to come to any harm or cause any harm. He claims some man is threatening my life," IANS quoted Gurmeet as saying.

The 34-year-old actor earlier revealed that he had been receiving calls and messages from concerned fans informing him about a man, who is allegedly threatening to commit suicide. Last month, Gurmeet Choudhary posted a message on Twitter along with a couple of screenshots, "Am receiving concerned calls and messages from fans all over that some person wants to commit suicide to prove his fandom!! But I request I love you all and care but this kind of behaviour is loathed extremely as well as creates trauma. Apparently, this guy in the pic wants to kill me."

Am receiving concerned calls nd msgs from fans all over that some person wants to commit suicide to prove his fandom!! But I request I love you all and care but this kind of behaviour is loathed extremely as well as creates trauma. Apparently this guy in the pic wants to kill me pic.twitter.com/lYfl3rtZkw

Gurmeet also revealed it to IANS that in the past, he had his share of intrusive fans mostly female but was shocked to see a man going to that extent. Speaking of which, he told IANS, "They've mostly been women, asking me to do all kinds of things with them. This is the first time I've been stalked by a man. I don't know how to react because he threatened to kill himself and then he says there's danger to my life. So I don't know what he wants to do. Kill me or kill himself."

The Khamoshiyan actor believes that social media is to be blamed for such kind of overbearing adulation from fans. He said that the social media network has not only jeopardized celebrities' privacy but has become given an easy access to their fans. "Earlier, fans didn't know stars' whereabouts. Now everyone knows where we are. This man, who wants to kill himself or kill me or whatever, knew I was in Dubai for a magazine launch with my wife Debina when this whole thing broke out," IANS quoted Gurmeet as saying.

He added, "I am not scared for myself. I can take care of myself. But what about my family? I can't be with my wife all the time. What if this stalker tracks her down somewhere? This is why I say it is both flattering and scary to have devoted fans."

Gurmeet has featured in over 5 films including Koi Aap Sa (2005), Khamoshiyan (2015) and Wajah Tum Ho (2016). He is currently gearing up for the release of his forthcoming film Paltan.