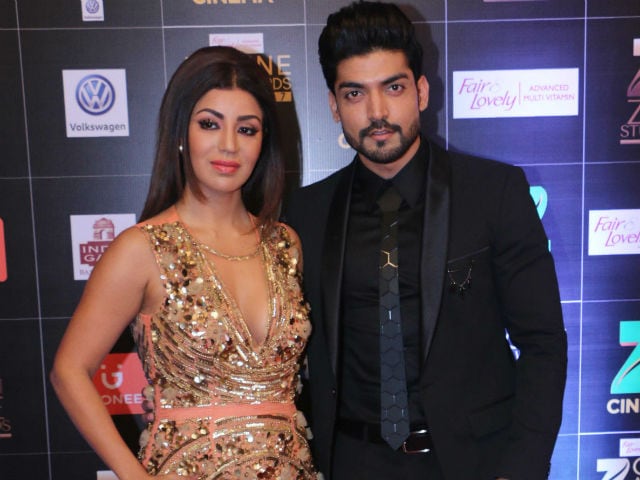 New Delhi: Television celebrity couple Debina Bonnerjee and Gurmeet Choudhary adopted two girls, Pooja and Lata, in March this year. Pooja and Lata belong to Gurmeet's hometown in Jamarpur, Bihar and reportedly met the couple a couple of years ago. Of parenthood, Debina told news agency IANS, "By adopting two girls, I think we have entered into a much calmer and giving state of mind and I think that is how we always were. It's just that we did not know how to channelise it. This was something we always wanted to and if we can make two lives better, then there is nothing more than that." Pooja and Lata are cousins and lived with a distant relative as they lost their parents.

The girls will start living with Debina and Gurmeet from next year. "After one academic year, they will shift in with us in our Andheri home by 2018. My brother and his family live in Patna and they will be around to see that they are well cared for. Debina and I will travel to Patna three-four times in the year and stay there through their summer vacation too," Gurmeet earlier told Pune Mirror.

"We used to go to certain organisations and spend a lot of time and there were many. And then we would segregate one or two out of them, who would come near and talk to us and we would remember them the next time and they would look forward for us to visit them the next time. So, this is a much more a definite way of doing it instead of doing it in a more generalised manner," Debina told IANS.

Debina, 34, and Gurmeet, 33, have been married since 2011. They are best-known to play Lord Ram and Sita in the mythological Ramayan. Gurmeet has also appeared in shows like Geet - Hui Sabse Parayi and Punar Vivah. He made his Bollywood debut in Khamoshiyan (2015). Debina is currently seen on Comedy Dangal.