In a statement, the Recording Academy said that "holding the show on January 31 simply contains too many risks" 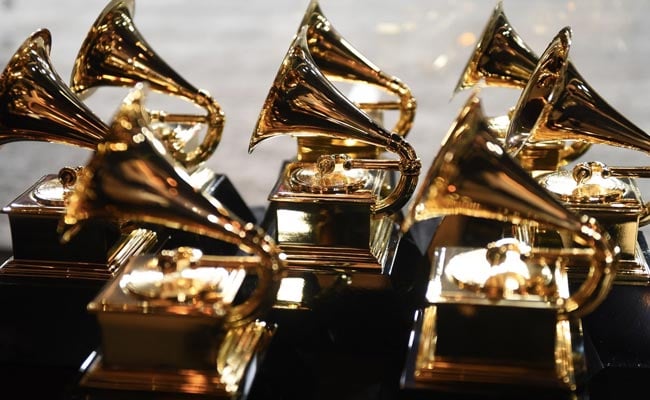 The Grammys were to take place on January 31. (Image courtesy: AFP)

The organization behind the Grammys on Wednesday postponed the music awards gala scheduled for January 31 due to "uncertainty surrounding the Omicron variant" of Covid-19 that has ripped through the United States in recent weeks. "Holding the show on January 31 simply contains too many risks," a statement from the Recording Academy said, adding it would announce a rescheduled date "soon."

"The health and safety of those in our music community, the live audience, and the hundreds of people who work tirelessly to produce our show remains our top priority."

A class of pop stalwarts and newbies including Justin Bieber, Billie Eilish and Olivia Rodrigo were among the leading nominees for the 64th annual show, with Jon Batiste, the jazz and R&B artist, television personality and bandleader garnering the most nominations with 11.

Last spring's show was the first Grammys of the pandemic era, and was a more television-friendly, socially distanced cabaret-esque show that was heavy on performances.

Those awards were postponed to March 14 after the original date was postponed during last winter's surge in coronavirus cases.

The 2022 edition was expected to see a return to the usual arena-style celebration at Los Angeles' Staples Center.

The heavily mutated Omicron variant, the most transmissible to date, accounted for around 95 percent of US cases in the week ending January 1.

Omicron's rates of deaths and hospitalizations have been lower across the world, raising hopes the virus could be evolving into a relatively benign seasonal illness.

But the World Health Organization in Europe sounded an ominous note of caution on Tuesday, warning the soaring infection rates could have the opposite effect.