Grammys 2019: Childish Gambino Made History But His Glaring Absence Said A Lot 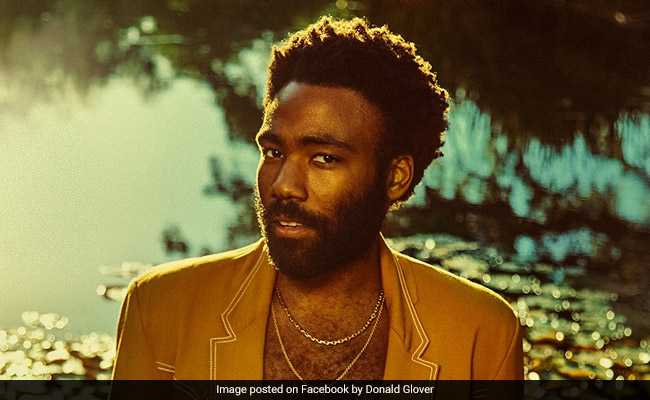 Kacey Musgraves won the big one. Lady Gaga won a few. But before we review the scorecard from the 61st annual Grammy Awards in Los Angeles, let's check the attendance sheet - because this was a ceremony defined by the no-shows and the Recording Academy should be embarrassed about that.

The first glaring absence on Sunday night came during the presentation of song of the year, one of the most prestigious little gramophones in the bunch. The award went to This Is America by Childish Gambino, the nom-du-rap of entertainment polymath Donald Glover. But he wasn't there to collect his prize.

And he wasn't the only rap star leveraging his hesitance. Despite leading the pack with the most nominations, Kendrick Lamar and Drake also declined respective invitations to perform on Sunday night - presumably because they know their Grammy history. Rap remains the dominant pop idiom of the 21st century, but OutKast is the only rap act to have ever won album of the year, the most prestigious of all Grammys - and that happened way back in 2004. Fifteen years later, who could blame rap's brightest lights for staying away from the microphone? This Is America was the first rap tune to win song of the year. Ever. (Later, it won record of the year, too. Also a first.)

And that's just one of the Grammys' big, dumb problems of late. Another is denying women proportional airtime during the telecast. So, this year, the academy tried to tackle that one head-on by recruiting the serene R&B singer Alicia Keys to host the show. After sharing her opening monologue with a surprising cast of power-people - Lady Gaga, Jennifer Lopez, Jada Pinkett Smith and Michelle Obama - Keys spent the rest of the night oozing sincerity, trying to give this slog of a ceremony a coagulant warmth.

As for the big show itself, it was actually bigger. In an effort to promote inclusiveness, the Recording Academy had broadened its slate in the night's top categories - album, record and song of the year, and best new artist - from five nominees to eight. That meant more styles and more sounds on the ballot, and more diversity in the winner's circle, too.

Musgraves won album of the year for her lightly psychedelic country opus "Golden Hour." Dua Lipa won best new artist. "This year we've really stepped up," the British singer said while accepting her award, taking a shot at outgoing Recording Academy President Neil Portnow, who responded to the gender asymmetry at last year's Grammys by asking women to "step up." Moments later, Portnow materialized onstage to address the crowd, saying that his eyes had been opened by last year's ordeal and that the Grammys must "ensure that there is diversity and inclusion in all that we do."

As ever, the show's performances vastly outnumbered the acceptance speeches, and they ranged from fun, to a little bit off, to infuriating in their inexplicability.

In the fun column: an eternally effervescent Dolly Parton leading her own delightful tribute performance, accompanied by Katy Perry and Miley Cyrus singing so hard that it was as if they were trying to harm that poor woman. Also, Shawn Mendes doing light Bruce Springsteen cosplay, and Camila Cabello, strutting her stuff alongside rap-genius-slash-zero-time-Grammy-nominee Young Thug, Menudo graduate Ricky Martin, Latin trap star J. Balvin and jazz maestro Arturo Sandoval in a wide-armed collaboration that shouldn't have worked, but it did.

A little off: Gaga's anticipated performance of Shallow. She performs it like a movie star on screen, and she's been singing it like a rock star at her new residency in Las Vegas. On the Grammy stage, she seemed stiff.

And the night's strange blood-boiler: Rap-adjacent vocalizer Post Malone performing Rockstar, a record-of-the-year-nominated duet with 21 Savage. Somehow, Malone failed to mention the fact that 21 had recently been arrested by U.S. Immigrations and Customs Enforcement and was spending Grammy night in a Georgia detention center. Instead, he let his "21 SAVAGE" T-shirt do the talking. When he finished with "Rockstar," he joined the Red Hot Chili Peppers for a song that only the band seemed to know.

Thankfully, most of the evening's AWOL nominees were absent by choice. Last week, pop singer Ariana Grande pulled the plug on her Grammy-night performance, accusing longtime telecast producer Ken Ehrlich of stifling her creative agency. Ehrlich has had public disagreements with performers at Grammys past, including an especially spicy tiff with folk singer Justin Vernon of Bon Iver back in 2012 after Vernon declined to play by the show's rules.

Just last year, New Zealand's Lorde backed out of the ceremony when she was asked to perform a Tom Petty tribute instead of her music - which happened to be nominated for some of the night's top honors. So with Grande's dramatic withdrawal chewing up bandwidth on social media in the hours leading up to Music's Biggest Night, fans may have felt exhausted before the show even started.

Based on the pre-telecast ceremony streamed online from Los Angeles on Sunday afternoon, Grammy voters are tired, too. For more than three hours, trophies were repeatedly tossed out to the most recognizable names on the ballot. Beck - who infamously bested Beyonce for album of the year in 2015 - maintained his Grammy-catnip status, winning best alternative album and best engineered album, nonclassical.

With so many awards in circulation - this year's trophy-count clocked in at an insensible 84 - it's hard to tell whether the Grammys are getting any closer to solving their many problems. And at one moment in the middle of the telecast, the academy showed us all how the best intentions still require follow-through.

Country duo Dan and Shay were presenting the award for best rap song, and when they opened the envelope and found "God's Plan" inside, Drake actually materialized from backstage to accept the award.

In his speech, he spoke directly to all the young music-makers watching at home, telling them that if anyone is listening to their music, "You don't need this right here, you already won." There seemed to be more to his speech, but the powers-that-be up in the control room didn't care. They cut him off and went to a McDonald's commercial.

(Except for the headline, this story has not been edited by NDTV staff and is published from a syndicated feed.)
Comments
grammys 2019childish gambino