Grammys 2019: Kacey Musgraves took home four, including Album Of The Year for Golden Hour. Childish Gambino matched up with four of his own 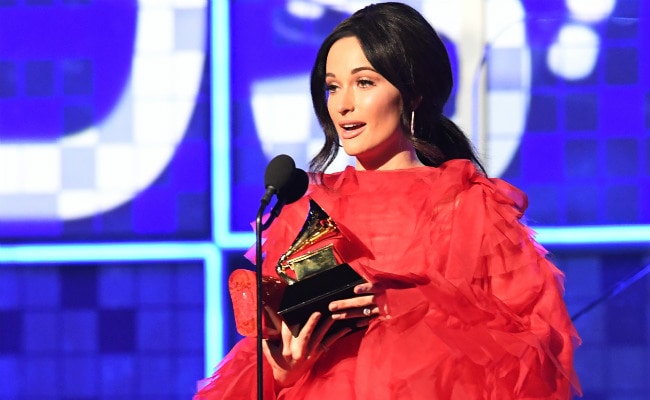 Raise your for Album of the Year winner @KaceyMusgraves#GRAMMYspic.twitter.com/6Ue1lju8vh

Meanwhile, Lady Gaga and Bradley Cooper won in the Best Pop Duo/Group Performance category for the widely favourite Shallow from recent release A Star Is Born. Lady Gaga also won Best Pop Solo Performance for Joanne ( Where Do You Think You're Goin'?). The crowd also cheered for Dua Lipa, who won a Grammy for Best New Artist.

.@Ladygaga and #BradleyCooper won Best Pop Duo/Group Performance for 'Shallow' at the 61st GRAMMY Awards! Are you tuned in? #GRAMMYshttps://t.co/R5175vkKecpic.twitter.com/B9TWIf7LPg

Record of the year: Childish Gambino, This Is America

Song of the year: Childish Gambino, This Is America

Best pop solo performance: Lady Gaga, Joanne (Where Do You Think You're Goin'?)

Best Americana album: Brandi Carlile, By the Way, I Forgive You

PJ Morton ft Yebba, How Deep Is Your Love (TIE)

Best urban contemporary album: The Carters, Everything Is Love

The 61st edition of the Grammys were hosted by 15-time Grammy winner Alicia Keys. The music awards clashed with the BAFTAs on Sunday evening, which is widely considered as the British Oscars. Lady Gaga's A Star Is Born also won Best Original Music at the BAFTAs.