Golden Globes 2019: A Night Of Heartfelt Speeches And A Few Tears - What They Said

Golden Globes 2019: Here are a few key quotes from the winners, presenters and organizers of the event 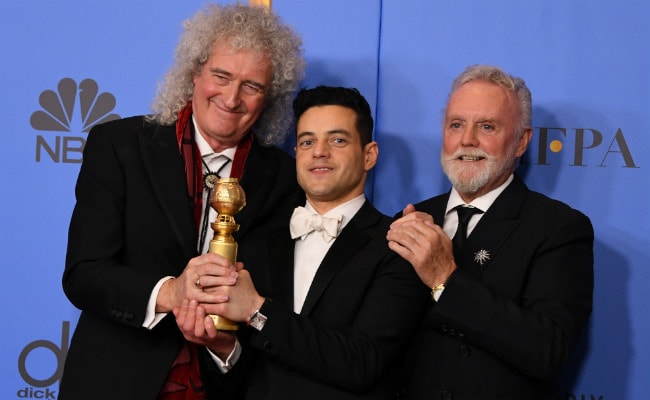 The Golden Globes, the first entertainment awards gala of 2019, was full of heartfelt speeches, laughs and a few tears on Sunday at the Beverly Hilton. Here are a few key quotes from the winners, presenters and organizers of the event:

"In the next two years... I'm making a vow - and it's going to be tough - to make sure that everything that I produce is 50 percent women."

- Regina King, standing up for gender equality in Hollywood as she accepted the Globe for best supporting actress in a film for If Beale Street Could Talk.

"Thank you to Freddie Mercury for giving me the joy of a lifetime. I love you, you beautiful man. This is for and because of you, gorgeous."

- Rami Malek, who plays the Queen frontman in Bohemian Rhapsody, accepting the Globe for best actor in a drama film.

"We are women and nurturers, we have our children, and our husbands, if we are lucky enough, our partners, whoever. But we have to find personal fulfilment. We have to follow our dreams. And we have to say I have to do that. And I should be allowed to do that."

- a tearful Glenn Close, accepting her award for best actress in a drama film for The Wife, about a writer who spends her entire life in the shadow of her author husband.

"Thank you to Satan for giving me inspiration to play this role."

"Cinema at its best builds bridges to other cultures. (...) We need to understand how much we have in common."

- Globes co-host Sandra Oh, talking in her opening speech about why she accepted to emcee the event with comedian Andy Samberg.

- Samberg, also striking a serious note after a light-hearted opening

"You demanded everything of me except sex, which is exactly how it should be in our industry."

(Except for the headline, this story has not been edited by NDTV staff and is published from a syndicated feed.)
Comments
golden globes 2019golden globe speeches