Giorgia Andriani On Arbaaz Khan: 'Never Used His Influence To Get Work'

"I won't deny that knowing him helps me get a contact, but in the end, I have to prove myself," said Giorgia 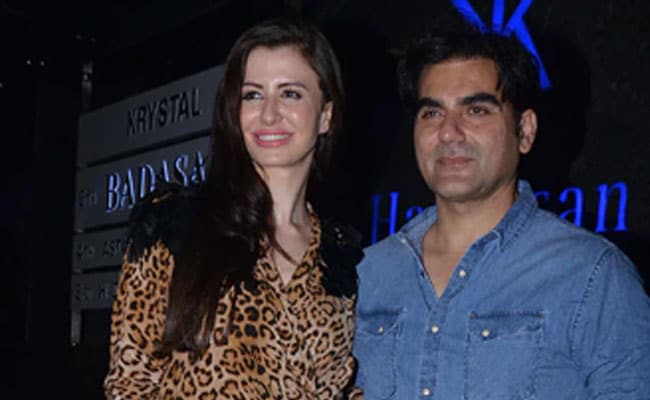 Giorgia Andriani and Arbaaz Khan were photographed at an event.

Actor Arbaaz Khan's girlfriend Giorgia Andriani revealed in an interview with the Mid-Day.com that she never used his "influence" in the film industry to get projects for herself. Giorgia, who is all set to make her acting debut in India with Tamil web-series Karoline Kamakshi, told the portal that "knowing" Arbaaz has helped her to get a contact but in the end, it all depends on her skills. Crediting Arbaaz Khan for being supportive of her career decision, Giorgia Andriani told Mid-Day.com: "I have never used his influence to get work. I won't deny that knowing him helps me get a contact, but in the end, I have to prove myself."

Arbaaz Khan and Giorgia Andriani have been dating for over an year now. The actor confirmed that he is dating the Italian model in an interview with ZoomTV last year. He was earlier married to Malaika Arora but the duo announced their separation in 2016 and got officially divorced in 2017.

Talking about her selection for the web-series, Giorgia Andriani told the portal: "I sent a short video enacting a Hindi scene to the production house but since they aren't well-versed with the language, I re-enacted the scene in English. The team then sent me a one-page sequence in Tamil, as part of my audition. I learned the dialogues and the makers loved it."

In her upcoming web-series, Giorgia will play the role of a French undercover agent named Karoline, who is forced to take up an assignment during her Puducherry vacation.

Arbaaz Khan, on the other hand, will reprise his role as Makkhi in Salman Khan's Dabangg 3.