"Bit of august," Gigi Hadid wrote in the caption of her post 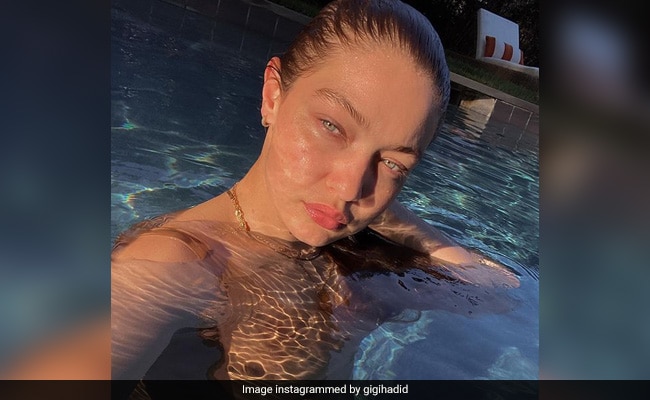 Gigi Hadid, on Wednesday, shared glimpses of her August diaries with her fans on Instagram. The model, who welcomed her baby daughter Khai with her boyfriend, singer Zayn Malik, in September last year, posted a couple of photos and videos of herself and her family showing how she spent her August with them. In the first few photos, Gigi Hadid can be seen chilling in a pool while in another, she looks adorable with her baby daughter. Other pictures show little Khai playing with toys and Zain Malik picking veggies from garden. Gigi Hadid also added a photo from her workout diaries to her latest Instagram album.

"Bit of august," Gigi Hadid wrote in the caption of her post. Take a look:

Gigi Hadid loves to share the best scenes from her life featuring her baby daughter and her boyfriend on social media. In July, she posted several pictures showing what kept her busy in June. See her post here:

Gigi Hadid and Zayn Malik became parents to baby Khai in September last year. The supermodel announced the arrival of their baby by posting a photo of her newborn daughter's tiny fingers clutched onto her own and captioning it: "Our girl joined us earth-side this weekend and she's already changed our world. So in love." Zayn Malik's post read: "Our baby girl is here, healthy and beautiful. To try put into words how I am feeling right now would be an impossible task. The love I feel for this tiny human is beyond my understanding. Grateful to know her, proud to call her mine, and thankful for the life we will have together."

On Father's Day this year, Gigi Hadid posted a super cute picture of Zayn with daughter Khai and wrote: "Our Khai is so lucky to have a baba who loves her so much & does anything to see her smile!! Zayn, Happy first Father's Day... I'm so grateful for all the lil bits of her that are you. We love you so much."

Gigi Hadid, a supermodel who has appeared on several prominent magazine covers, has walked the ramp for ace designers like Chanel, Marc Jacobs, and Jean Paul Gaultier among many others.