Ghoul Trailer: Radhika Apte's Film Will Scare The Living Daylights Out Of You

Ghoul is not for the faint-hearted. Watch the trailer at your own risk 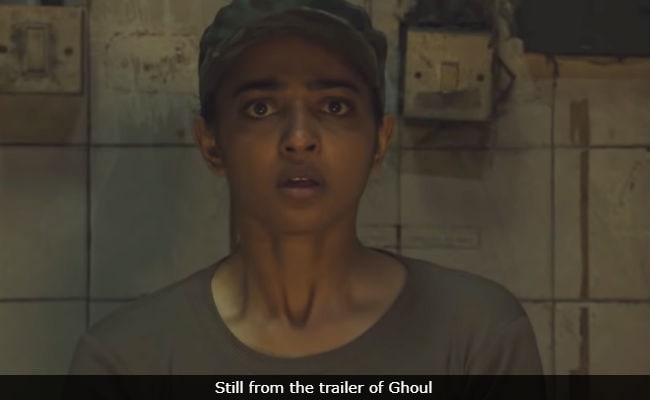 Seen Radhika Apte and Manav Kaul's Ghoul trailer yet? Do so at your own risk. After Sacred Games, Radhika Apte teamed up with Anurag Kashyap's Phantom Films for Ghoul, which takes horror genre to the next level. Radhika plays the role of Nida Rahim, who works for the Indian army and specializes in extracting confessions from the toughest criminals. Dacunha (Manav Kaul) summons Nida to get Ali Saeed confess to his crimes but it is Nida's turn to get the shock of her life because Ali Saeed is no ordinary criminal - he has some supernatural powers, which will make Nida and Dacunha's task difficult.

Watch the trailer of Ghoul:

Ghoul is a three-part miniseries which has been co-produced by Jason Blum, the maker of the Paranormal Activity series and the Insidious chapters. "It has been a great experience working closely with Netflix and our partners at Phantom and Ivanhoe to produce Ghoul. This is Blumhouse's first foray into the horror genre in India and we're excited to share this project with horror enthusiasts around the world," Jason Blum told news agency IANS.

Radhika Apte is not new to the thriller genre and she has earlier featured in web-series like Kriti and Ahalya and films like Phobia.

This is Radhika Apte's third association with Anurag Kashyap this year after Lust Stories and the aforementioned Sacred Games. Like Sacred Games, Ghoul will also air on Netflix. All the three episodes of Ghoul will be available on August 23 to over 125 million Netflix members in 190 countries including India.