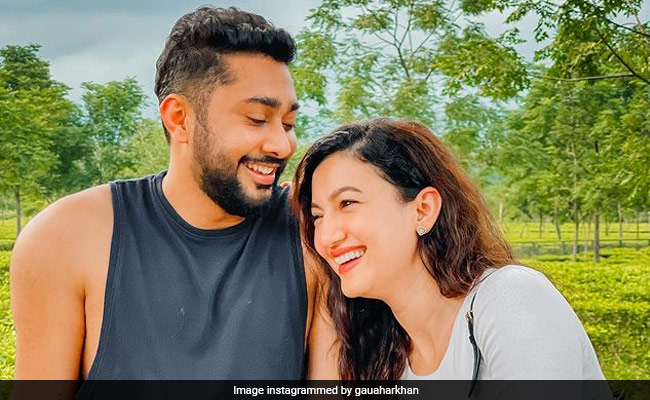 Ask Gauahar Khan one more "nosey question" about her personal and professional life and you will get a sassy reply from the actress. On Wednesday, Gauahar Khan posted a new Insta reel sharing some of the "nosey questions" she gets as "a married and a working" woman. Gauahar married singer Zaid Darbar in December last year. The actress, sporting a white top and black shorts, can be seen grooving to the beats of Hoang Read's track The Magic Bomb as her replies to some "nosey questions" that people ask her appear on the screen. The clip started with this text: "Nosey questions I get as a married/working female" and the actress' response to the question "when will you have a baby?" read, "Whenever Allah wills! Duh!"

And here's Gauahar's savage reply to "why don't you live with your in-laws?": "My husband and I chose what suits us."

The actress shared another question people frequently ask her about her work life: "Why are you working all the time since your wedding?" Her reply: "I have been working last 20 years and will work till am 80. Live and let live!"

Sharing the epic clip, Gauahar Khan wrote: "Dropped the mic..... #QuestionsIGetAskedAs #trend." She also asked her fans to guess the location in her video. Many guessed it is an airport as Gauahar Khan was spotted with Zaid Darbar at the Mumbai airport on Tuesday in the same outfit.

Gauahar Khan and Zaid Darbar's wedding took place on December 25. The couple got married after dating for several months.

She has also featured in the Hindi version of The Office and has participated in reality shows such as Jhalak Dikhhla Jaa 3, Bigg Boss 7 and Fear Factor: Khatron Ke Khiladi 5.