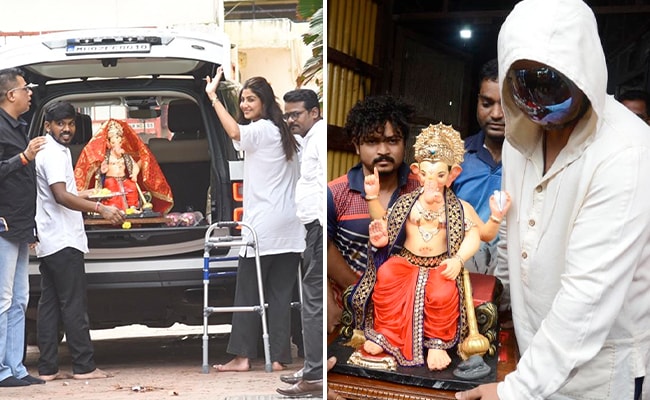 Shilpa Shetty and her husband Raj Kundra kicked off Ganesh Chaturthi's celebrations on Monday. Raj Kundra was spotted in Lalbaug, Mumbai, to bring the idol of Lord Ganesha home. However, Shilpa couldn't accompany him as she had broken a leg while shooting for Rohit Shetty's upcoming project. She made sure to welcome Lord Ganesha at her residence. She walked out of her house with the help of a walker and performed puja. In the pictures, Shilpa can be seen in a white t-shirt and black pants, while Raj can be seen in a white kurta paired with blue jeans, sporting a face shield. Every year on Ganesh Chaturthi, Shilpa Shetty and Raj Kundra bring an idol of Lord Ganesha home. 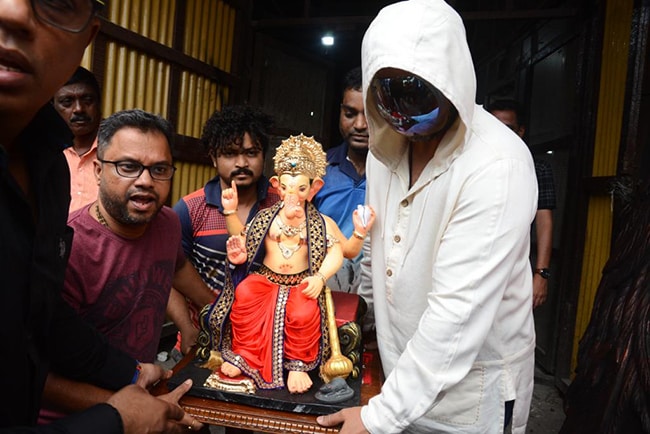 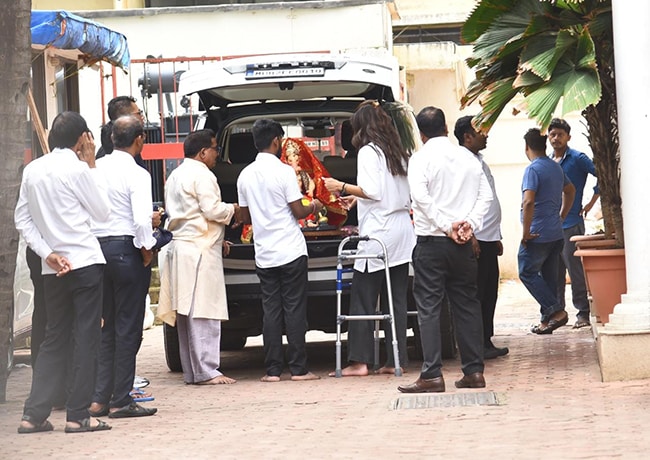 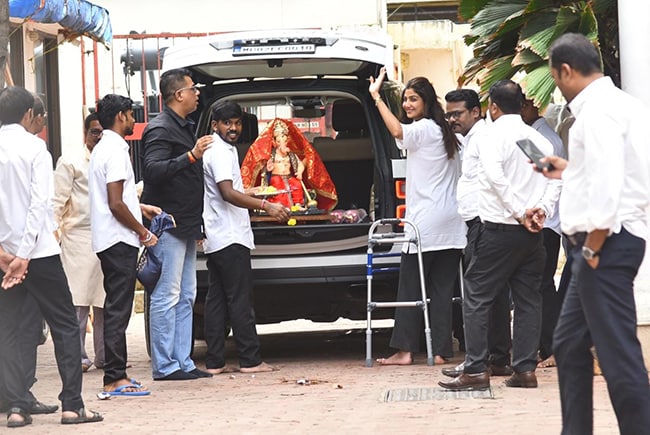 Coming back to Shilpa Shetty's fractured leg, the actress was filming a sequence for Rohit Shetty's upcoming web series  Indian Police Force, co-starring  Sidharth Malhotra and Vivek Oberoi, when she hurt herself. On Instagram, she shared a picture of herself sitting in a wheelchair, showing her cast and wrote, "They said, Roll camera action - "break a leg!" I took it literally."

However, this hasn't stopped the actress to take a break from her fitness routine. The actress has shared videos of herself doing exercises while sitting in a wheelchair. Check out the posts below:

In terms of work, Shilpa Shetty was last seen in Nikamma. Next, she will be seen in the movie Sukhee. She will make her OTT debut with Indian Police Force, which will stream on Amazon Prime Video.