Atul Agnihotri replaced the aarti video with new ones from visarjan. Mind you, there is no mention of Katrina in the new ones posted 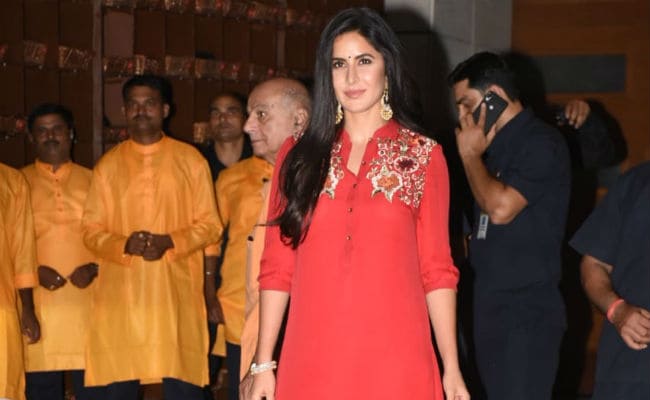 Salman Khan's frequent co-star Katrina Kaif attended the Ganesh Chaturthi celebrations at Arpita Khan Sharma's residence recently, from where a video of the aarti ceremony was shared on Atul Agnihotri's Twitter. In the video, which is now deleted from Mr Agnihotri's social media accounts, Salman and his family members could be seen performing aarti in front of the Ganpati idol with Katrina also joining the puja towards the end. It may have missed your attention but soon enough, Twitter pointed out that Katrina moved the aarti ka thali anti-clockwise. While a section of Twitter did not miss the chance to troll the actress, some wished that Katrina was corrected during the ceremony. Arpita's family - Arbaaz Khan, Sohail Khan, Helen, Salma Khan and Salim Khan were all part of the puja.

This is how Twitter reacted - "OMG Katrina did the aarti in a wrong way. Someone could at least tell her," said a user while another one added: "At least somebody should have told Katrina that Aarti is to be done clockwise, not anti-clockwise." Some others said: "Katrina aarti ki thali ulti ghuma rahe hai" and "Areee, aarti wrong side karlia Kat ne."

Atleast somebody should have told Katrina that Aarti is to be done clockwise, not anticlockwise

Katrina kaif doing aarti in reverse direction. If not sure should ask before doing it

Atul Agnihotri has now replaced the aarti video with new ones from the visarjan as Arpita and husband Aayush bid adieu to Bappa with a blockbuster goodbye. Mind you, there is no mention of Katrina in the new ones posted.

On Thursday - the first day of the Ganesh Chaturthi celebrations - Katrina dropped by at Arpita's puja with her sister Isabel Kaif and then was spotted attending the Ganesh puja at the Ambanis. Arpita Khan Sharma's Ganesh festivities were also visited by Neha Dhupia, Angad Bedi, Dia Mirza, Sahil Sangha, Malaika Arora, Maheep Kapoor, Ananya Panday and others. 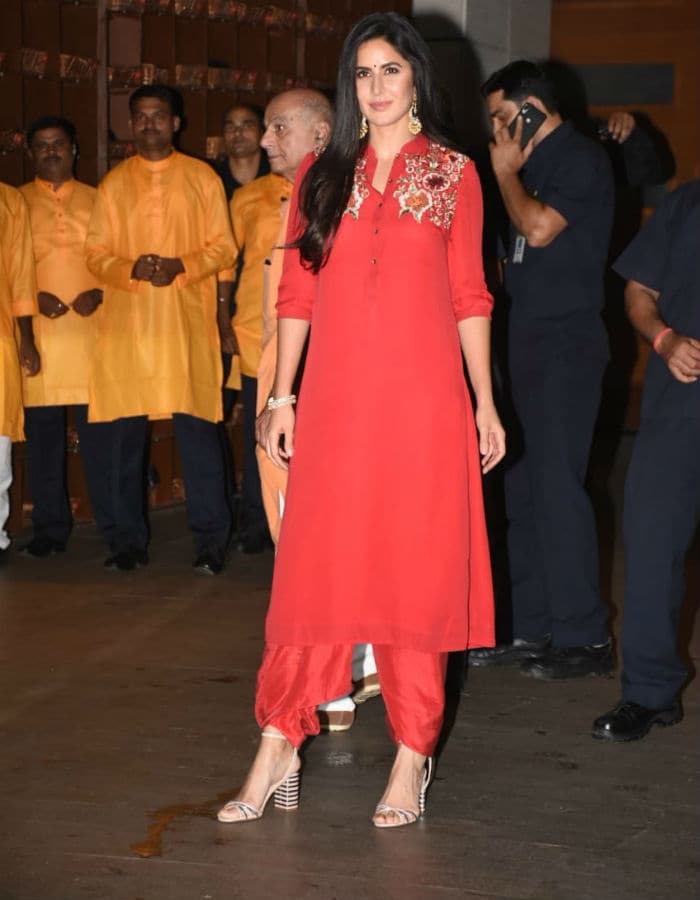 On the work front, Katrina Kaif and Salman Khan will reunite on the big screen for Bharat, which releases on Eid next year. She also has a movie each with Shah Rukh Khan and Aamir Khan. Both Zero and Thugs Of Hindostan are slated to release this year.