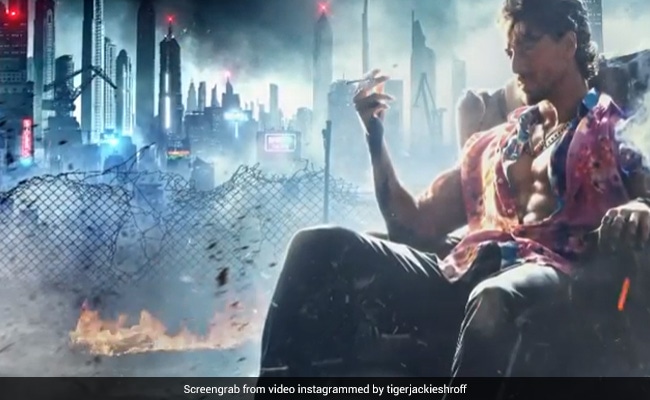 Tiger Shroff, who is gearing up for his forthcoming film Ganapath, unveiled his first look from the film on Tuesday. The actor, who teased his fans about his first look as Ganapath on Monday, posted a motion poster of the film, leaving his fans pretty excited about his character. In the poster, Tiger can be seen sitting in what appears to be a sofa chair. He looks fierce, ready to take on his enemies. Introducing his character, Tiger Shroff wrote: "Yaaron ka yaar hu, dushmano ka baap hu! Presenting #GanapathFirstLook." Reacting to Tiger's first look from the film, his fans flooded the comments section of his post with fire icons.

Last week, Tiger Shroff announced his collaboration with director Vikas Bahl and producers Vashu Bhagnani, Vikas Bahl, Deepshikha Deshmukh and Jackky Bhagnani for Ganapath. "This one is special for me, and especially for you guys! Presenting #Ganapath - get ready for more action, thrill and entertainment," he wrote while sharing a motion poster.

Ganapath, a high-octane action thriller, will release in 2022.

Tiger's last release was Baaghi 3, in which he co-starred with Shraddha Kapoor and Riteish Deshmukh. Last year, the actor featured alongside Hrithik Roshan and Vaani Kapoor in War. He has also worked in the 2019 film Student Of The Year 2, co-starring Ananya Panday and Tara Sutaria. Tiger Shroff, who made his debut in 2014 with the film Heropanti, has featured in films like Baaghi, Baaghi 2, A Flying Jatt and Munna Michael, among others.

He has Heropanti 2 and Baaghi 4 lined-up.