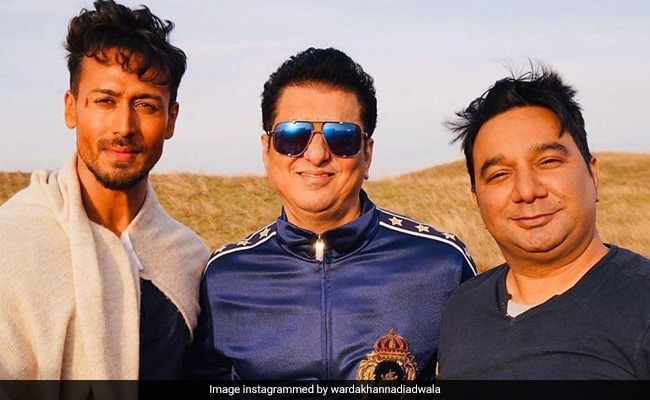 Sajid Nadiadwala's wife Warda shared an update on Heropanti 2 on Wednesday. The film's shooting will start in December this year. She wrote: "Totally sentimental about #Heropanti! First time Sajid Nadiadwala was launching Tiger Shroff, he was so sure that he'll make a solid mark in B-Town, Tiger proved him right with 6 roaring BB years. This def calls for a sequel. Super pumped to announce #SajidNadiadwala's #Heropanti2. Directed by my bro Ahmed Khan. And of course, our blockbuster franchise #Baaghi4 .... GET READY TO BE ENTERTAINED." Tiger Shroff made his Bollywood debut in 2014 with the film Heropanti, co-starring Kriti Sanon.

Totally Sentimental about #Heropanti! First time SN was launching @tigerjackieshroff SN was so sure that he'l make a solid mark in B-Town Tigzz proved SN right wid 6 roaring BB years This def calls for a Sequel Super pumped to announce #SajidNadiadwala's #Heropanti2 Directed by my bro @khan_ahmedasas And ofcourse our Blockbuster Franchise #Baaghi4 .... GET READY TO BE ENTERTAINED

Tiger Shroff has co-starred with Shraddha Kapoor and Disha Patani in previous Baaghi films. The first and third parts featured Shraddha opposite Tiger while the second instalment starred Disha Parani as the female lead. Baaghi (2016) was directed by Sabbir Khan while the other two parts were helmed by Ahmed Khan.

The release date of Baaghi 4 has not been announced yet.