Baaghi 3 Movie Review: A putridly pointless movie that revels in pinning logic against the wall and pulverizing it mercilessly. 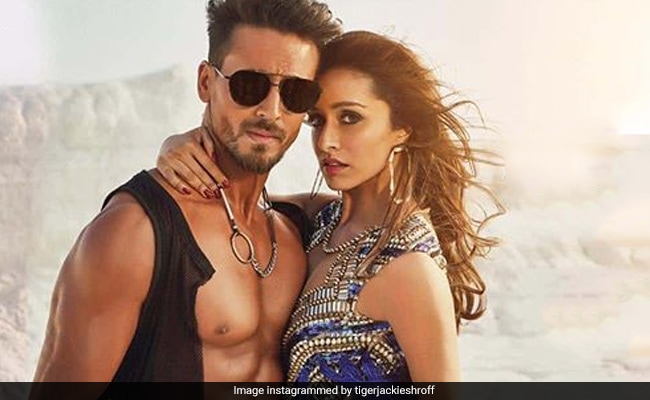 At the halfway point of Baaghi 3, the hero vows to wipe Syria off the face of the map. The embattled country comes to such a sorry pass because two of its rogue citizens dare to needle the one-man army embodied by lead actor Tiger Shroff. The message is clear: do not mess with a muscle-flexing demolition man, even if you happen to be a whole nation!

On a video call, the protagonist watches his meek elder brother, a cop by default, being brutally assaulted by two men in a hotel room somewhere in Syria. The younger man, who cannot stand the sight of his mild-mannered sibling in distress, flies into a rage. If anything happens to my brother, I will kill you both, he thunders.

Unaware of the enormous risk that he is taking, one of the attackers has the gumption to reply: "We are not two, we aren't hundreds, we aren't thousands either, we are an entire nation." That gets riotous Ronnie's goat. He resolves to annihilate a nation with a history that dates back to the paleolithic age.

Baaghi 3 Movie Review: Tiger Shroff in a still from the film

But what's a bit of a history when a Bollywood action movie assumes the form of a Baaghi 3, a putridly pointless movie that revels in pinning logic against the wall and pulverizing it mercilessly? Every time the film's villain, terror mastermind Abu Jalal Gaza (played by Arab-Israeli actor Jameel Khoury with wide-eyed bafflement and undisguised unease, both of which is fully understandable), finds his base under attack, he wonders aloud whether it's America, Russia or Mossad that has come after him only to be told that it is actually a single individual who is gunning for him.

Baaghi 3 treats geography no better. The film offers the audience frequent aerial views of a bombed-out Syria but it shoots the action sequences on locations in Serbia. In director Ahmed Khan's world, the difference between Syria and Serbia is just a few letters of the English alphabet.

Large portions of Baaghi 3 purportedly unfold in Agra, where big brother Vikram Charan Chaturvedi (Riteish Deshmukh) is posted. But Jaipur stands in for the city of the Taj for no rhyme or reason. But if you look for the reason behind anything that Baaghi 3 has on offer, it would only be a futile exercise.

Baaghi 3 Movie Review: Riteish Deshmukh in a still from the film

The girls suffer the most at the hands of the makers of Baaghi 3. Shraddha Kapoor (returning to the franchise after sitting out the second instalment), is cast as a feisty, garrulous woman named Siya. She is given to spouting wisecracks that make her sound more like a crackpot than a woman blessed with worldly wisdom.

The film does not have much room for good old romance. It makes do with a stray song here and a half-hearted scene there to suggest that the lead couple is in love. But it is difficult for the audience to feel any love for a girl who aimlessly follows Ronnie to Syria when he lands there looking for his missing brother. In the course of the rescue mission, Siya is only a glorified hanger-on. She isn't allowed to get too many words in edgewise.

Baaghi 3 Movie Review: Tiger Shroff, Shraddha Kapoor in a still from the film

Disha Patani, who replaced Shraddha in Baaghi 2, is thrown into an itsy-bitsy outfit to do an item number that makes as much sense as Ronnie ripping a door off a crashed chopper and using it as a shield to ward off a hail of bullets. You may feel like running for cover yourself from the all-out assault that the film launches on the audience - and the medium.

The heroine's sister, Ruchi, is played by Ankita Lokhande. The character marries Vikram so that her li'l sis has somebody she can call "Jeeju" when push comes to shove and, of course, she herself can mope when her husband lands in trouble in Syria.

Baaghi 3 Movie Review: Tiger Shroff in a still from the film

One of the villains, portrayed by Jaideep Ahlawat, is called Inder Paheli Lamba, abbreviated to IPL. His middle name points to his propensity for riddles. He is Abu Jalal's agent in India and forces vulnerable families into situations that compel them to work for the global terror network that Ronnie takes on in the second half.

Perhaps the only somewhat interesting facet to Baaghi 3 is the message of 'world harmony' that it delivers via Akhtar Lahori (Vijay Varma), a Pakistani conman who lends a helping hand to Ronnie in Syria. Ronnie, on his part, extends his fight for his brother to embrace everyone who is threatened by the ruthless Abu Jalal. The hero proclaims that we are all together in the war on terrorism. But that is a bit rich for a film that stops at nothing to glorify violence.

Performative finesse isn't Tiger Shroff's strong suit in Baaghi 3. He does gravity-defying stunts, goes after anyone, and anything, that does not do his bidding, and plunges into a bone-crunching rampage whenever his bade bhaiyya needs help in the line of the latter's duty as a policeman who is barely cut out for the job.

The third entry in the Baaghi franchise, woven around a screenplay that smacks of silliness all the way through, is cut-rate comic-book fare that is a world unto itself. It is a universe where common sense is like the bullets that Ronnie dodges - it is all helter-skelter.

Tiger Shroff does have broad shoulders. But they aren't broad enough to enhance the weight of a film as unashamedly flimsy as Baaghi 3. It is worse than a mere misfire. It is a damp squib.