Game Of Thrones Prequel Titled House Of The Dragon In The Works, Announces HBO

The new series will be executive produced by George RR Martin, Ryan Condal and Miguel Sapochnik, who directed several Game Of Thrones episodes 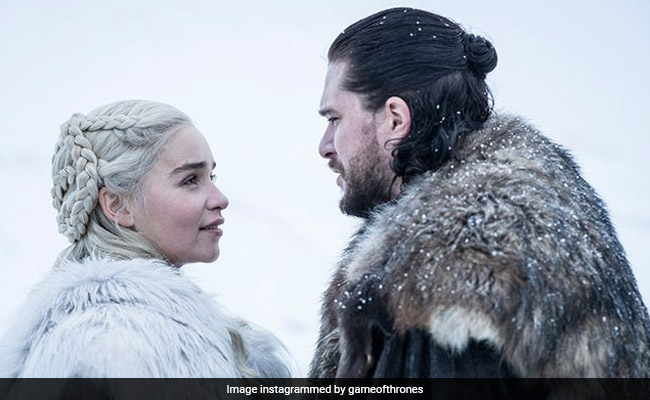 A still from Game Of Thrones. (Image courtesy: gameofthrones)

A prequel series to Game Of Thrones titled House Of The Dragon has been ordered, WarnerMedia announced Tuesday, as it set out launch details for its new HBO Max streaming service. The new show in George RR Martin's epic fantasy world will be set 300 years before the events of TV smash hit Game Of Thrones, and is based on the book Fire And Blood. "It's my pleasure to announce today that we are ordering 'House Of The Dragon' straight to series for HBO," Casey Bloys, president of programming, told at Los Angeles launch event for HBO Max. He added: "It tells the story of House Targaryen and the early days of Westeros."

The new series will be executive produced by George RR Martin, Ryan Condal and Miguel Sapochnik, who directed Game Of Thrones episodes including Emmy-winning Battle Of The Bastards.

HBO Max, WarnerMedia's new Netflix rival, will launch in the US in May and will cost $14.99 per month, it was also revealed. The platform will feature original shows including a Ridley Scott sci-fi and exclusive rights to South Park. It will offer around 10,000 hours of content at launch, including all 23 seasons of satirical cartoon South Park and three new seasons to follow.

The presentation ended with the surprise announcement of "the next great chapter in George's saga." No details of the Game Of Thrones prequel's launch date were announced.