There is no way to make a piece of art satisfying to everyone. Fans were asking for the impossible. 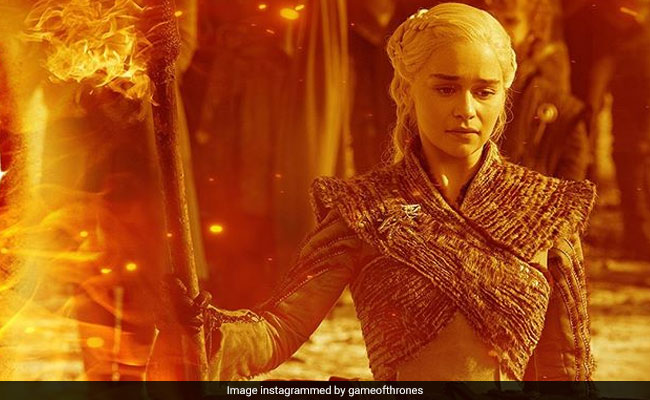 A still from Game Of Thrones 8. (Image courtesy: gameofthrones)

I yield to few people in my annoyance with the final season of HBO's Game of Thrones. From the murkily-lit climactic battle with the Night King; to the cloyingly sentimental conclusion; to the fact that we had to spend that much time with the completely ludicrous Euron Greyjoy, the whole thing went out about as poorly as I could have imagined. Still, it never would have occurred to me, as it apparently occurred to nearly 1.7 million other people who signed a Change.org petition to this effect, to ask for the final season of the fantasy epic to be entirely "remade with competent writers."

And however I might feel about the conclusion to the story to which I've devoted so much of my career as a critic, it was good to hear HBO's programming president, Casey Bloys, reject the petition in no uncertain terms. "The petition shows a lot of enthusiasm and passion for the show, but it wasn't something we seriously considered," he told writers assembled at the Television Critics Association press tour. "I can't imagine another network would."

That's absolutely the correct answer and, at a moment when some fans seem to think culture should be custom-tailored to their preferences, it's a welcome one, as well.

The most logical reasons for HBO to reject calls to remake the entire season are logistical. Reassembling a cast as sprawling as the Game Of Thrones ensemble; picking a new writing staff and familiarizing them with the show's mythology and endgame, as well as the strengths, limitations and quirks of the cast; rebuilding sets and regaining access to locations; and finagling a budget that ran as high as $15 million per episode would have been a practical folly of epic proportions. And it wouldn't even have been the most difficult task the network faced.

There is absolutely no way that the 1.7 million people who affixed their names to that petition were all frustrated by the final season of Game of Thrones for the same reason. HBO never could have satisfied all of them. How could that possibly be the case when different groups of equally passionate fans wanted to see Jon Snow (Kit Harington), Sansa Stark (Sophie Turner), Daenerys Targaryen (Emilia Clarke) or Tyrion Lannister (Peter Dinklage) sit the Iron Throne?

What about the people who alternately wanted to see Tyrion, his brother Jaime (Nikolaj Coster-Waldau) or Arya Stark (Maisie Williams) kill scheming queen Cersei Lannister (Lena Headey), rather than seeing her done in by a collapsing castle? And that's not even to get into the debates about whether a fitting conclusion for this dark revision of high fantasy would be to end with a takeover by an army of ice zombies or the establishment of a parliamentary democracy.

To a certain extent, I understand why fans might have gone this route. At a moment when viewer passion is the most monetizable thing in television, networks keep resurrecting canceled series, leaving beloved shows such as Veronica Mars and Deadwood perpetually staggering back to life like the Night King's army. Netflix recently removed a graphic suicide scene from its teen drama 13 Reasons Why. Never have the corporate and creative decisions around television-making seemed less permanent and more negotiable.

And yet, an inherent part of the pleasure of fiction is surrendering yourself to someone else's ideas. As a critic, I may think that the episode Ozymandias may have been a more fitting moral conclusion to Breaking Bad than the actual finale, or that it's plausible that The Sopranos ends not with Tony Soprano's (James Gandolfini) death, but with a panic attack that signals his psychological issues will never resolve. But I don't trust that I could have created those characters or the paths they walked in the first place.

If artists as brilliant as Vince Gilligan or David Chase, or as inconsistent as David Benioff and D.B. Weiss, did exactly what I expected and wanted of them all the time, I'd never get to experience the excitement of seeing Jon Snow's eyes blink open after he was brought back to life or the melancholy beauty of seeing the sorceress Melisandre (Carice Van Houten) crumble to dust, her mission complete.

You can't always get what you want, but, as the really important part of the song goes, sometimes you get what you need. Those sometimes moments are what makes art worth engaging with, even if it means you're frequently disappointed. But the only way to get even those few transcendent experiences is to let artists do their work on their own, rather to turn them into for-hire vanity writers struggling to indulge the whims of fractious fan bases.

Game of Thrones may have struggled over the finish line, but - at least until the inevitable attempt to have it remake the whole thing from the beginning - HBO has done exactly the right thing in refusing a do-over.