Game Of Thrones Spoiler: Winter is Coming and There Will be Snow 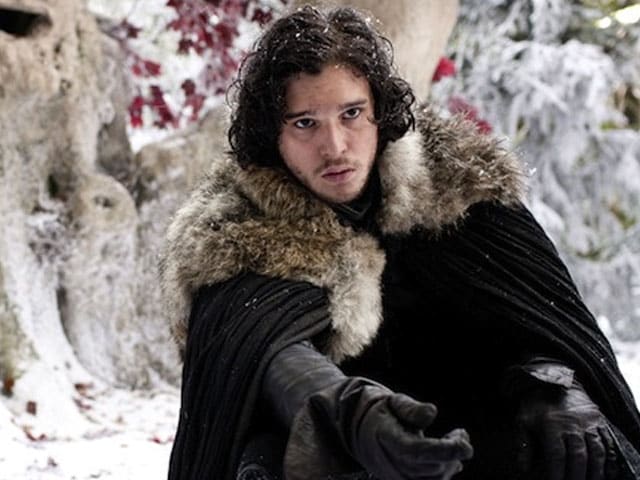 Kit Harington in a still from Game Of Thrones

New Delhi: British star Kit Harington just gave Game Of Thrones fans a reason to celebrate and also actors everywhere a lesson on what not to reveal in an interview if you've already said "I can't talk about that." The death of Jon Snow, the character Kit plays on the hit TV series, sent a shockwave through the TV-watching world at the end of the previous season and not a week has gone by since without fans speculating that he would somehow be resurrected in the next season.(Also Read: Game Of Thrones Fans, There's Been a Jon Snow Sighting)

In an interview to Dutch magazine Humo - translated by a reddit user - Kit appears to have confirmed that he will not only be returning to Game Of Thrones but will probably also be with it till the end.

This is the translation of what he said:

So, here's what we now know: a) Kit Harington has had to refuse other roles because he's still on Game Of Thrones and b) he's now 28 and will be in the cast till he's past 30, which probably means he'll be on the show till the eighth and last season. Kit Harington sightings in Belfast, Ireland - where the show is filming season six - in July prompted fresh discussions about the hoped-for return of Jon Snow.

Again, Kit Harington has been seen in Belfast, this time with fellow Game of Thrones cast member Nathalie Emmanuel. pic.twitter.com/qrx5LSxK6z

Weeks before, he was spotted watching the tennis at Wimbledon still with his Jon Snow hair and beard. Impassioned fan chatter about his continued appearance on Game Of Thrones was dismissed then as wishful thinking.

Turns out, that Kit Harington may just have delivered the spoiler to end all spoilers.