Let's take a moment to both appreciate and dunk on Mr. Look At Me I Can Rise From The Dead. 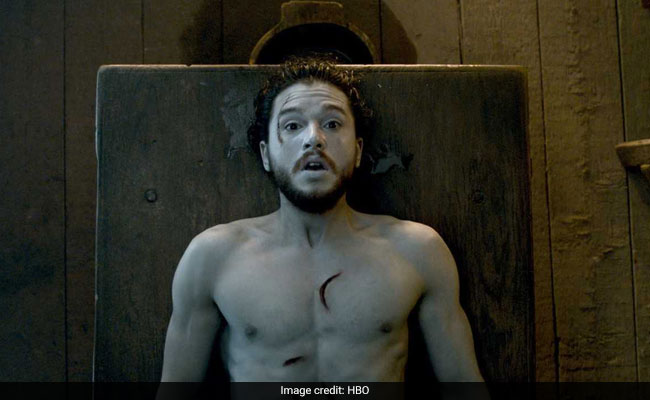 Game Of Thrones fans throw around a lot of jokes about Jon Snow seeming like someone who should be in a '90s emo band. With his thick mane of black hair, perpetual stern expression, penchant for staring off in the distance and the whole "I'm so virtuous" thing going on, that's not far off. Much like those emo bands, he's often ridiculously over-the-top, generally annoying, yet somehow endearing. Plus "You know nothing, Jon Snow" definitely sounds like the title of a Sunny Day Real Estate record.

So let's take a moment to both appreciate and dunk on Mr. Look At Me I Can Rise From The Dead. (A note: This refresher is based completely on the television show, not the books. So you can all save your snarky tweets.)

For those who don't remember, Jon Snow is introduced in the premiere as the bastard son of Ned Stark. One of the brilliant misdirections the show pulls off is initially convincing the viewer that the series is a story about Ned Stark and his son Robb - so we're not paying too-close attention to Jon, even as he's making game-changing moves. He, for example, is the one who suggests to Ned that the Stark children keep the direwolf puppies they find in the woods. As a reward of sorts, he gets one himself: an albino runt he names Ghost.

Later in Season 1, Jon decides to head north to the Wall and join the Night's Watch because they don't care about people's pasts. Before he leaves, though, the show delivers the moment that foreshadows Jon's importance to the story: Ned Stark tells him, "You are a Stark. You might not have my name, but you have my blood."

He then says, "The next time we see each other, we'll talk about your mother. I promise." And then he rides off.

It should have been clear right then that Ned was never coming back, at least not with his head attached. (Maybe more astute viewers picked up on this at the time, and I was too busy admiring Ned's beard.) But what did become clear is that Jon Snow's parentage mattered. It would be a while before we figured out just how much. (Also, Jon, your pops just said something pretty nice to you. Would it kill you to smile, or are your writing your latest sonnet in your head? God, what a buzzkill.)

So Jon Snow, being all virtuous again, goes and joins the Night's Watch and says he won't have sex or do a bunch of other fun stuff. Then he meets a wildling named Ygritte, who says she knows he's a virgin (which embarrasses him, because he's insecure), and he falls in love with her and then they have sex even though no one has showered, like, ever. He probably wrote a song about it later.

Long story short: She ends up dying in Jon's arms.

Jumping ahead, however, there are two particular things that set Jon Snow apart in the this world. The first is that he is actually killed in combat - as in is no more, ceases to be, expires and goes to meet his maker, is bereft of life, rests in peace, his metabolic processes are history, he kicks the bucket, shuffles off his mortal coil, runs down the curtain and joins the bleeding choir invisible. He becomes an ex-Jon Snow.

But then Melisandre, the Red Woman who gives birth to smoke demons and is secretly like several hundred years old, comes along and asks the Lord of Light to resurrect Snow - which happens. Snow wakes up and, though some argued all his parts might no longer work, seems fine. (And, for the record, he later has sex with his aunt, so his parts seem to be just fine.)

This is important because it hints that there might be some reason the gods want to keep him alive - so he could fulfill some destiny, maybe defeating the White Walkers or sitting on the Iron Throne.

Which brings us to the second reason Jon Snow matters so much: R+L=J. If you don't know what that means, then you're probably in dire need of our official guide to all things Thrones. But the quick explanation is that Jon Snow is not actually Ned's bastard son. Instead, he's the secret love child of Rhaegar Targaryen (son of the Mad King and brother to Daenerys) and Lyanna Stark (Ned's sister).

All of which is to say there's a strong argument that Jon Snow is the rightful heir to the throne. He even has sex with his relatives, just like Queen Cersei!

Now that he and his Aunt Daenerys are an item, this all gets a little more complicated. If only Ned had told him! But there's a good chance the show ends either with Jon ruling over Westeros (which seems dull, to say the least) or sacrificing himself to save the world (which is a very Jon thing to do. Like, we get it dude, you're a good guy.)

Either way, don't expect another LP from him anytime soon.