Game Of Thrones Final Season: Here's How Long You Have To Wait 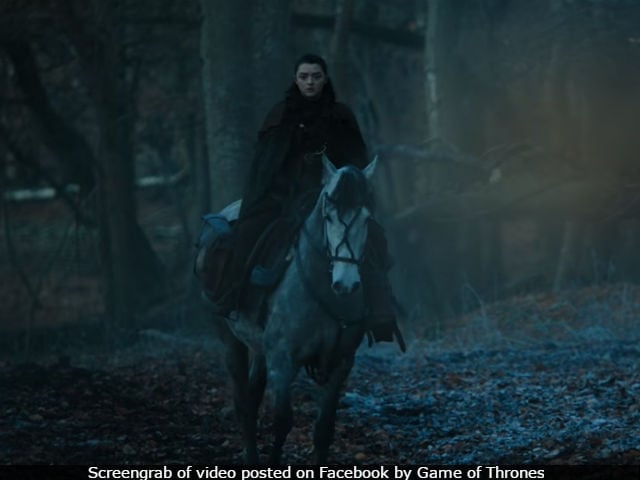 A still from Game Of Thrones 7 (Image Courtesy: GameOfThrones)

New Delhi: The final season or any prequels of the epic television series Game Of Thrones may not air before 2019, reports Entertainment Weekly. The makers of the show might come up with various spin-offs but currently, they are focussing on the show's seventh season, the trailer of which was released earlier this week. "I want to put the prequels in context. Even the smallest bit of information is a big deal and I appreciate that. But I wanted to make sure fans know this is a really embryonic process. I haven't even seen outlines. The idea is not to do four shows. The bar set by (David Benioff and Dan Weiss) is so high that my hope is to get one show that lives up to it," HBO programming chief Casey Bloys told Entertainment Weekly.

Watch the trailer of Game Of Thrones 7:


"This is a long-term plan. Our No. 1 goal is the seventh season this summer and getting the eighth season written and aired," Mr Bloys added.

In the seventh season, there will be an epic battle for the Iron Throne between Daenerys Targaryen and her nemesis Cersei Lannister.

Promoted
Listen to the latest songs, only on JioSaavn.com
Of the new season of Game Of Thrones Mr Bloy told Entertainment Weekly, "David and Dan have to write the episodes and figure out the production schedule. We'll have a better sense of that once they get further into the writing. The show that Dan and David have created will get its proper send-off first. We wouldn't want to take away from that in any way."

Game of Thrones Season 7 will premiere on July 16.