G.O.A.T has been shot in the US, where Diljit is currently living 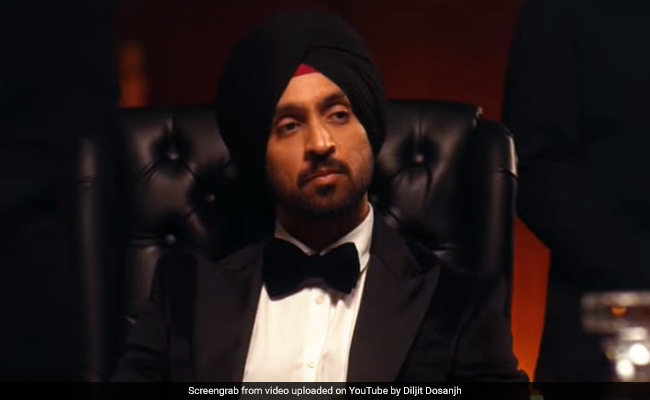 Diljit Dosanjh in a still from G.O.A.T. (Image courtesy: YouTube)

Diljit Dosanjh released the title track of his much-awaited album G.O.A.T (Greatest Of All Time) on Wednesday and it immediately sent the Internet into a meltdown. The Punjabi song, which has been trending on top on YouTube, is the perfect combination of groovy beats and catchy lyrics. It is about Diljit Dosanjh's journey in the entertainment industry and some parts of it also features the actor-singer romancing a model named Elwa. Needless to say, fans are going crazy over Diljit Dosanjh's dapper look in the title track. The lyrics of the song G.O.A.T have been written by Karan Aujla while the track has been directed by Rahul Dutta. Diljit Dosanjh, in one of his posts, also shared that the full album will release on Thursday worldwide. G.O.A.T has been shot in the US, where Diljit is currently living.

The songs from the album are now available on Spotify.

The track G.O.A.T has been making a lot of noise on Twitter also. "Can't get enough of this song," tweeted one user while another wrote: "Finally! A song that made my lockdown happy." Tweets such as, "I'm gonna play this on repeat for the rest of the night," "In love with this album" and "Can't wait for the entire G.O.A.T album anymore" are also raining down on Twitter.

See Twitter's reaction to the title track of G.O.A.T here:

Finally, a song made my lock down happy!#GOAT@diljitdosanjhpic.twitter.com/590tr0AIHk

I'm gonna play this on repeat for the rest of the night, look at this beautyyy.... I need my headphones right now.
Thank you @diljitdosanjh, lub juu for making this songhttps://t.co/sbzKGja2gg#GOAT

In love with this album All the songs are
All the genres
No one in the industry can reach to this level #GOAT@diljitdosanjh#ListeningPartyWithDiljitpic.twitter.com/g5Xrq2ILAm

Can't get enough of this song#GOATpic.twitter.com/yiCSqdzRFM

Diljit Dosanjh is best known for singing popular Punjabi numbers such as Do You Know, Proper Patola and 5 Taara. He made his Bollywood debut with the 2016 film Udta Punjab (which also featured Alia Bhatt, Kareena Kapoor and Shahid Kapoor) and also starred in Phillauri, Soorma and Good Newwz, which released last year. The film marked Diljit Dosanjh's second project with Kareena Kapoor.