"Full Moon With The Love Of My Life": Inside Mira Rajput's Date Night With Shahid Kapoor In Maldives

"Each night the Moon kisses secretly the Lover who counts the stars," read Mira's caption 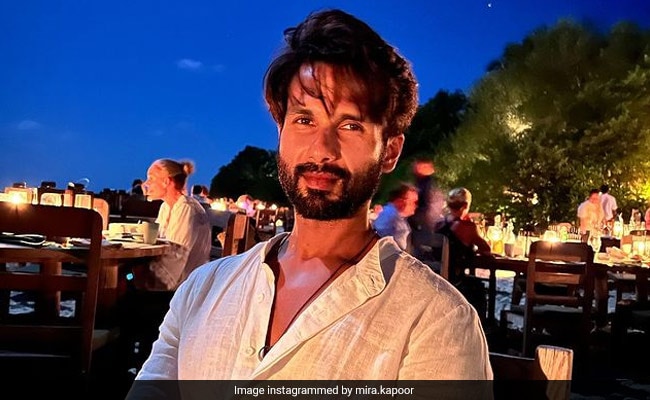 Mira Rajput and Shahid Kapoor are making Maldives look so good. On Tuesday, Mira shared a picture from her date night with "the love of her life" on the beach. In the photo from their candle light dinner, Shahid Kapoor looks dashing as usual in a white shirt. He is looking adorably at Mira as she clicks a picture of him. Sharing the photo, Mira Rajput borrowed a quote from Rumi and wrote: "Each night the Moon kisses secretly the Lover who counts the stars #Rumi. #fullmoon with the love of my life." She also shared videos of the "beautiful night" that the couple enjoyed with a dreamy dinner on the beach.

And here's what she shared on her Instagram stories: 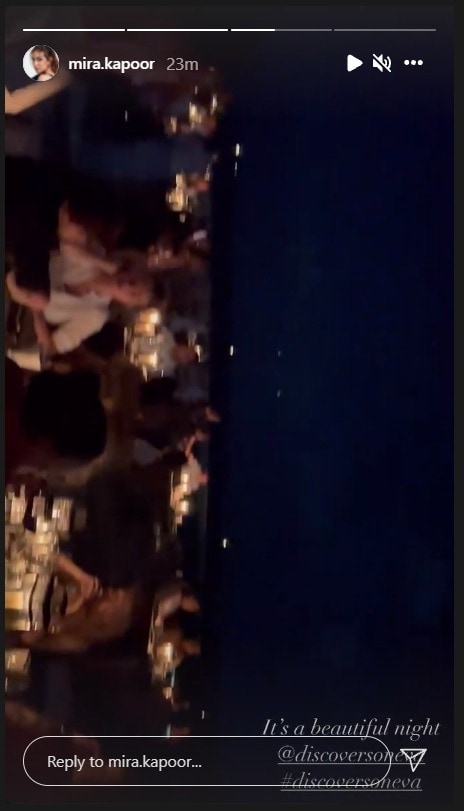 Shahid Kapoor and Mira made us drool by sharing photos of their "perfect" breakfast: 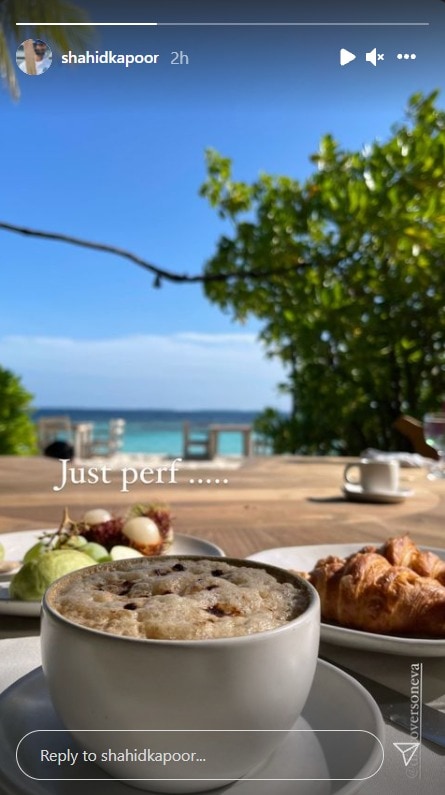 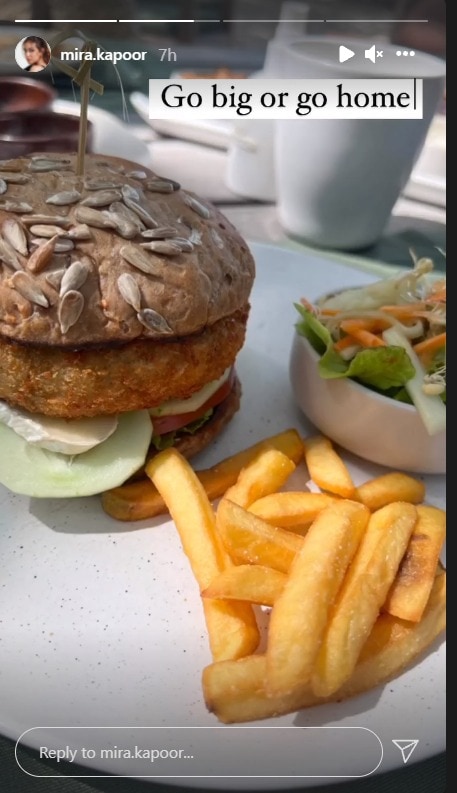 Shahid Kapoor and Mira Rajput have been holidaying in the Maldives since last week. Over the weekend, she shared a video of herself performing yoga on the beach and wrote: "Flow. Yoga doesn't have to be perfect. It needn't be a set pattern or a correct number of reps. It's about connecting with your body, through your body and with nature. And your body doesn't need to be perfect either. Balance is what I strive for. Sometimes I like to go with the flow, and figure out my own set of movements often staying in them for what FEELS good. It's that connection and the intuition, that helps one to heal. This was a Surya Namaskar series I did just after sunrise, and I felt so energised. We hear about saluting the Sun, but this time I felt the energy. Bare feet, grounded in the sand and the sound of the waves. Somewhere, in between inhale and exhale, you'll find yourself. This is Yoga."

In terms of work, Shahid Kapoor will next be seen in Jersey, a Hindi remake of the Telugu film of the same name. Gowtham Tinnanuri, who directed the original movie, is also helming the Hindi version. In Jersey, Shahid Kapoor will play the role of a cricket enthusiast whose dream to join the Indian cricket team is fulfilled when he is in his 40s. The film will hit cinemas on December 31 this year.