Fukrey Returns Preview: Pulkit Samrat And His Fukrey Boys Are In Trouble

Well, well, well... not just the boys but the deadly Bholi Panjaban also makes a comeback in the movie 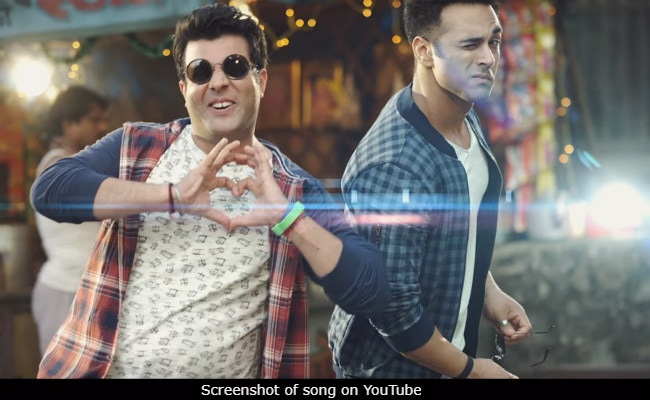 New Delhi: Pulkit Samrat's Fukrey Returns releases tomorrow. Which means the entire cast of the movie - Pulkit Samrat, Ali Fazal, Manjot Singh, Varun Sharma and Pankaj Tripathi - will reprise their roles. The sequel also casts actresses Priyanka Anand and Vishakha as new additions in the movie. A look at the trailer of Fukrey Returns will tell you that nothing has changed between and about the fukrey boys. Varun Sharma as Choocha is still confidently making disastrous predictions, Ali Fazal's Zafar has reunited with his long-desired love, Lali (Manjot Singh) and Hunny (Pulkit Samrat) is scheming times infinity now. Fukrey Returns is a sequel to 2013 Fukrey.

Well, well, well... not just the boys but the deadly Bholi Panjaban also makes a comeback in the movie. Bholi Panjaban (played by Richa Chadha) is out of jail now. She's back and back with a deadly bang to take revenge. The boys better be careful.

Promoted
Listen to the latest songs, only on JioSaavn.com
Ahead of its release, Fukrey Returns has released quite a few tracks - all of which qualify as hilarious. Tu Mera Bhai Nahi Hai, Peh Gaya Khalara and Mehbooba are the two songs which have also been released from the Fukrey Returns playlist. Even before its release the team of Fukrey had a star visitor on its sets, who already gave a thumbs up to the film's unique playlist - it was none other than Salman Khan, who said he loved the song Tu Mera Bhai Nahi Hai.

Directed by Mrigdeep Singh Lamba, Fukrey Returns is all set to arrive in theatres tomorrow.