Fukrey Actor Manjot Singh: 'I Was Rejected By Filmmakers Because I Was A Sardar'

Manjot Singh said: "It is believed that if one wears a turban, one can't do serious stuff on screen." 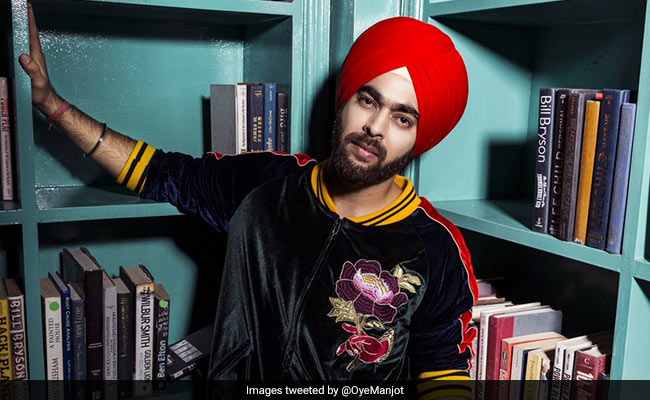 Fukrey actor Manjot Singh says being a sardar has sometimes cost him roles in Bollywood. The actor, who broke out with Dibakar Banerjee's Oye Lucky! Lucky Oye!, feels sad to be pigeon-holed into funny roles. "I was rejected because I was a sardar. It is believed that if one wears a turban, one can't do serious stuff on screen - be it action or drama. I feel extremely hurt as there is a perception that those who wear turban can only make people laugh," Manjot told PTI in an interview.

Manjot believes it is filmmakers inability to imagine that has led to the stereotyping of actors like him. "Even we do action sequences, fall in love and get hurt, but people feel that they will take a sardar only when the script demands. I'm trying to break that perception. I feel filmmakers have made this stereotype and only they can break it. But things are better today," he added.

This year, Manjot had a special appearance in Student Of The Year 2 and is awaiting the release of Dream Girl, slated to arrive in theatres on September 13. The actor said he is happy the way his career is shaping up.

"I'm getting there by the grace of God. I make sure I put in a lot of hard work in all my projects and choose the right scripts. I don't want to go wrong with my choice of films. I want my career graph to be balanced and to only rise," Manjot, 26, said.

He also said the third part of Fukrey franchise is in the scripting stage. "All the fukras are after Ritesh Sidhwani (producer) sir and Mrigdeep Singh Lamba (director) that we want them to make the next instalment. "Since it's a hit franchise, everyone is waiting for Fukrey 3. As far as I know, they have already started writing the film," he said.