From Real to Reel: Shruti to Play Kamal Haasan's Daughter in Tamil Film 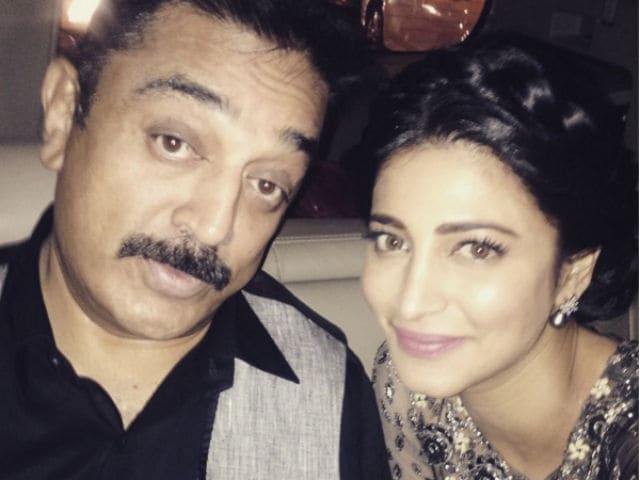 This image was posted on Instagram by Shruti Haasan.

Chennai: Actress Shruti Haasan will play Kamal Haasan's daughter in a yet-untitled Tamil project, which is expected to hit the floors soon.

"Contrary to the rumours, Kamal and his daughter are not coming together for the upcoming Tamil comedy Appa Amma Vilayattu. This is a different project altogether and it will feature Shruti as Kamal's daughter," a source close to Mr Haasan told IANS.

The film will be directed by veteran Malayalam filmmaker T K Rajeev Kumar.

"Since Kamal was already in talks with Rajeev for Appa Ammaa, he brought him on board to direct this film, which will feature his script. Kamal has been working on this script for a long time. The rest of the lead cast will be finalized in a couple of weeks," the source said, adding that the team plans to go on the floors by the end of this month.

Mr Haasan is in talks with Ilayaraja to compose the music for the film.

"In about a week's time, both Ilayaraja and Shruti will officially be a part of the project," the source added. (Also Read: Rajinikanth vs Kamal Haasan Inherited by Their Daughters)

The film will be shot in the United States.