So, grab the popcorn and revisit these five on-screen doctors this weekend 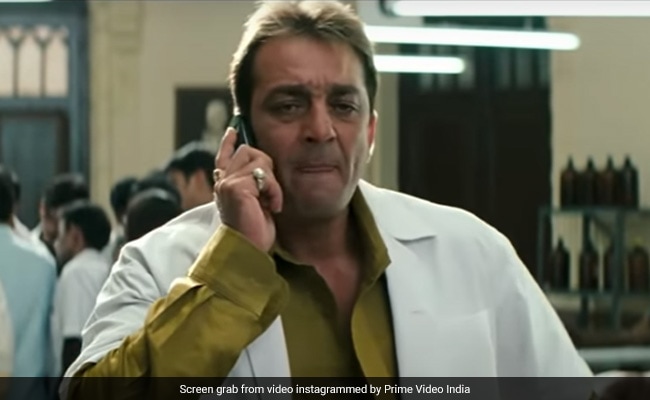 It is a happy Friday for Ayushmann Khurrana. His much-awaited filmDoctor G, directed by Anubhuti Kashyap, opens to theatres today. The actor plays Dr Uday Gupta aka Doctor G in the movie, which shows him finally finding his niche as a gynaecologist after a lot of struggles. It also stars Rakul Preet Singh in the lead role. Shefali Shah is also part of the project. The campus comedy-drama is backed by Junglee Pictures. Doctor G is just another addition to the long list of doctor-centric movies, with Sanjay Dutt's Munna Bhai M.B.B.S among the top. We also loved Shah Rukh Khan as Dr Jehangir Khan in Dear Zindagi, who taught us many valuable life lessons. It's hard to talk about on-screen doctors and not mention Shahid Kapoor as Kabir Rajdheer Singh or Vijay as Dr V. Maaran, one of his triple roles in the film Mersal.

So, if you enjoyed Ayushmann Khurrana's performance in Doctor G, grab the popcorn and revisit these five on-screen doctors this weekend.

Who would have thought that Murliprasad Sharma aka Munna Bhai (Sanjay Dutt) and Sarkeshwar Sharma aka Circuit (Arshad Warsi) would become such iconic characters? Their camaraderie made it a cult classic. A quick recap – Munna is a gangster with a golden heart, who decides to fulfil his father's dream of becoming a doctor.

Shah Rukh Khan mesmerised the audience with his charm, once again, in Gauri Shinde's Dear Zindagi. He plays the role of a psychologist who helps Kaira (portrayed by Alia Bhatt) realise that life is incomplete without problems and how she should deal with them.

A Hindi remake of Vijay Deverakonda's Arjun Reddy, this romantic-drama features Shahid Kapoor as a surgeon, who is anything but your usual doctor. His life goes into a spiral of self-destruction after his girlfriend (Kiara Advani) marries someone else.

Mersal, directed by Atlee, stars Vijay in a triple role - a village head and his two sons. One of his roles is that of doctor Dr V Maaran, who just charges his patients Rs 5 for any treatment as he wants each and every person to have the best medical facilities, irrespective of their class.

Amitabh Bachchan, who recently celebrated his 80th birthday, stars as Dr Bhaskar K. Bannerjee in this all-time classic, directed by Hrishikesh Mukherjee. His gloomy life takes a new turn when he starts treating Anand (Rajesh Khanna) who fondly calls him Babu Moshai, for an incurable disease. The film is still referred to as a masterpiece by many cinephiles.

So, which one of these movies you are planning to watch this weekend? Tell us in the comments section.