Friends Forever. 'Kajol Is And Will Always Be Special' For Karan Johar

Karan Johar explained his relationship with Kajol, the actress whom he directed in three of his hit films 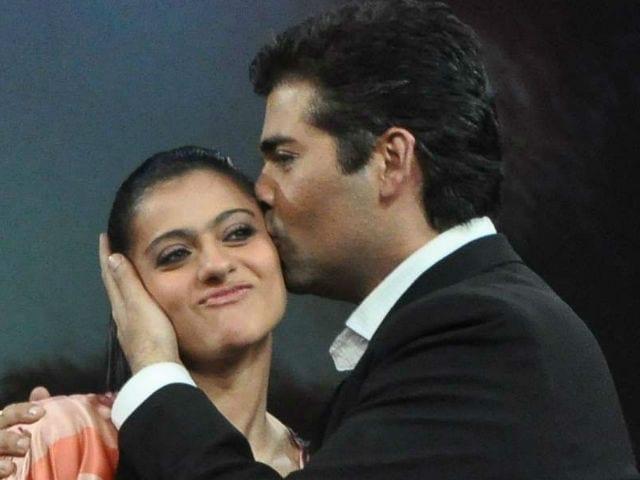 Karan Johar and Kajol photographed together

New Delhi: Filmmaker Karan Johar had written about the end of his 25-year friendship with actress Kajol in his biography An Unsuitable Boy, but she chose to hold the peace. KJo dedicated a chapter in his autobiography to how Kajol 'can never come back' into his life. Several months later, a reunion (of sorts) happened when it was noticed that Karan Johar was following Kajol on Instagram. It happened at the time when KJo shared a picture of his twins' Yash and Roohi. Kajol too, like many other celebs, liked KJo's post. At a recent event in Mumbai, Karan Johar once again explained his relationship with Kajol, the actress whom he directed in three of his hit films Kuch Kuch Hota Hai, Kabhi Khushi Kabhie Gham and My Name Is Khan.

When asked how it feels to have his best friend back, Karan Johar told news agency PTI, "This platform isn't about my personal life. But Kajol is, has always been and will always remain more than special to me, for the time to come. Always."

Earlier Filmfare reports that Kajol texted Karan Johar and invited him to her birthday party, and he showed up.

Kajol was once asked by the media about her and Karan Johar's collaboration and her reply was, "Let me put it this way, I am not answering any questions on that particular point. If any of my other friends want to offer me a film I'll definitely do it."

Promoted
Listen to the latest songs, only on JioSaavn.com
Karan Johar had blamed Kajol's actor husband Ajay Devgn for the friction in their relationship. And, at the time of Ae Dil Hai Mushkil and Shivaay's release, Ajay had accused Karan Johar of paying for favourable reviews of his film. Ae Dil Hai Mushkil, directed by Karan Johar, clashed with Ajay's film Shivaay last year.