"Web shows opened a platform for all the actors to focus on their work," said Kriti Kulhari 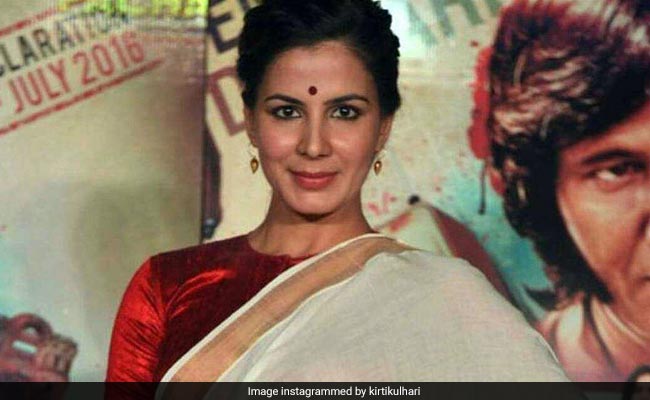 Actress Kirti Kulhari, who is currently seen in the new web series Four More Shots Please! and is occupied with two more projects - Bard of Blood and Mission Mangal, says she prefers to choose her work wisely and focus on quality content instead of taking up work just to stay busy.

On why she is so selective about choosing her projects, Kirti told IANS, "I do not want to work to stay busy. I want to feel excited and challenged with each character that I portray on-screen."

Before this year's hit film Uri: The Surgical Strike, her previous movies Indu Sarkar and Blackmail did not do well at the box office. According to Kirti, that also made her slow down and be selective.

She said, "Whenever we actors become part of a Bollywood film, there is a certain pressure of earning a box office success. Thankfully, web shows opened a platform for all the actors to focus on their work rather than getting worried about the business of it.

When Indu Sarkar and Blackmail did not work as they were expected to, I went through a bad phase too."

Kirti, who plays a single mother named Anjana in Four More Shots Please!, said: "This is the first time that I did intimate scenes. So, of course, those things were a little moment of 'how do I do this', but eventually things were sorted. I found them challenging, but that's fun and that is realistically done."

However, the actress does not want to get overexposed on digital entertainment too.

"I will not be seen in every other web series now and then. I will choose my project wisely again because I want to work on quality projects, I will not overspend myself. I really invest a lot... physically and emotionally, on my work," said the Pink actress.