The Central Board of Film Certification reportedly suggested arternatives to the cuss words, which were originally incorporated in the script 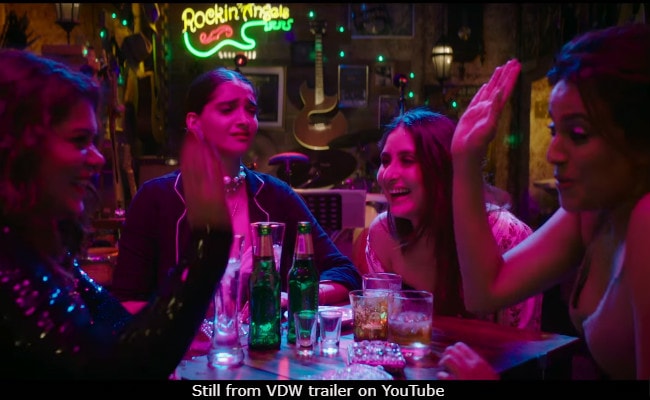 New Delhi: We watched and heard veeres Kareena Kapoor, Sonam Kapoor, Swara Bhasker and Shikha Talsania swearing away to glory in recent release Veere Di Wedding but have you ever wondered how that got past our sanskaari Censor Board? The Central Board of Film Certification reportedly suggested arternatives to the cuss words, which were originally incorporated in the script of the film, stated a mid-day report. With this one-of-a-kind move, the very conservative Censor Board has reportedly not removed swear words from the film altogether but toned them down with similar-sounding words, mid-day added. Mid-day has also acquired a copy of a document, said to be from CBFC, with the details of the "particulars of extensions and modifications," which shows a particular cuss word was been changed to "bewakoof", "bi**h" was modified to "witch" and one particular word was beeped out twice among other changes.

However, Anurag Srivastava, CEO, CBFC, has dismissed the reports saying: "This is a baseless allegation." CBFC chairman Prasoon Joshi has also remained unavailable for comment and so have the co-producers Rhea and Ekta Kapoor, reported mid-day.

The mid-day report states that according to CBFC regulations, the film body usually suggests words to be beeped put or replaced but providing a film's team with replacement suggestions is seen as an exception and first-time move by the Censor Board.

The document procured by mid-day is dated May 23, a day ahead of which Rhea Kapoor told reporters at the film's music launch in Mumbai: "So far we have had no problem with the Censor Board. I don't want to talk more about it because we still have not gotten the Censor (certificate) in our hands. Once we get it, we will issue a proper press release," reported IANS. 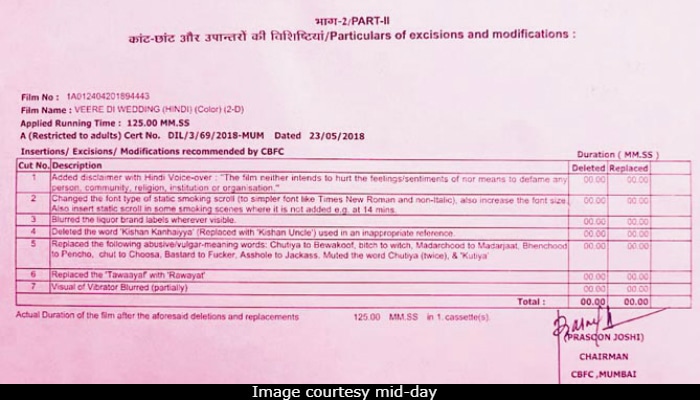 Meanwhile, Veere Di Wedding has been banned in Pakistan by the Censor Board there, citing "vulgar dialogues and obscene scenes," reported IANS. CBFC Chairman Danyal Gilani told IANS via social media: "Members of the CBFC unanimously decided to not allow the film for public exhibition in the cinemas as its content flouts the Censorship of Film Code 1980." But Rhea Kapoor clearly doesn't agree, who had told IANS: "One can be certain that if we can make a film for which my father can come along, then clearly, as women none of us should be ashamed of the film."

Directed by Shashanka Ghosh, Veere Di Wedding is the story of a bride-to-be and her three girlfriends and is proof that friendship never goes out of style. It is Kareena Kapoor's first movie after Taimur was born and also marks Sonam Kapoor's first project after her wedding.
Comments
veere di weddingThe Central Board of Film Certification