For That Perfect Shot, "Hitch Your Wagon To A Star." In This Case, Parineeti Chopra

Stunning is the word you are looking for 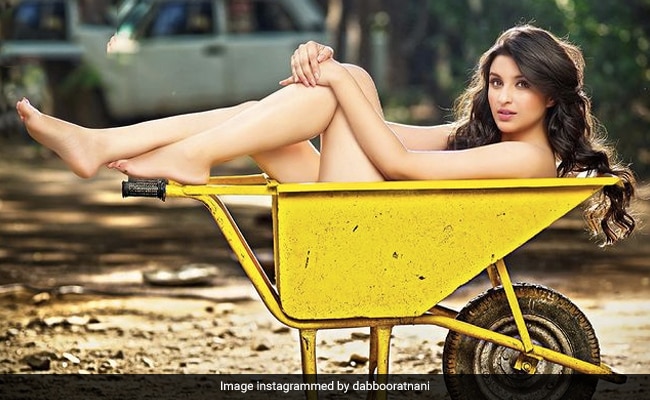 Ace photographer Dabboo Ratnani shared a brand new picture from a photoshoot he did recently. His muse for the shoot was Parineeti Chopra. He didn't specify if it was a click for his annual calendar or a picture from a random photoshoot that he did with the Saina star. Either way, we love it. The picture features Parineeti Chopra sitting pretty in a (wait for it) bright yellow wagon. She has her hair styled in loose curls and can be seen with minimal make-up and a subtle smile on her face. Sharing the picture on his Instagram profile, Dabboo Ratnani wrote: "Hitch your wagon to a star."

Last year, Parineeti Chopra made a stunning appearance in Dabboo Ratnani's annual calendar, which also featured other Bollywood's A-listers from the Bachchans to Shah Rukh Khan, Alia Bhatt, Anushka Sharma, Akshay Kumar, Kiara Advani and Vicky Kaushal among other stars. For the shoot last year, she paired a black corset with a leather jacket and matching pants. Smokey eyes, flowy hair and biker gloves added to her look.

Sharing her look last year, she wrote: "Shooting for Dabboo's calendar usually means I am leaving for my NYE holiday that night! Haha! Always the last shot of the year. Thanks once again Dabboo and Manisha."