Parineeti Chopra And Brother Sahaj Are "Like 2 Happy Grannies." She Explains Why In Birthday Wish

The actress said, "you've held my hand and shown me the way when no one else did!" 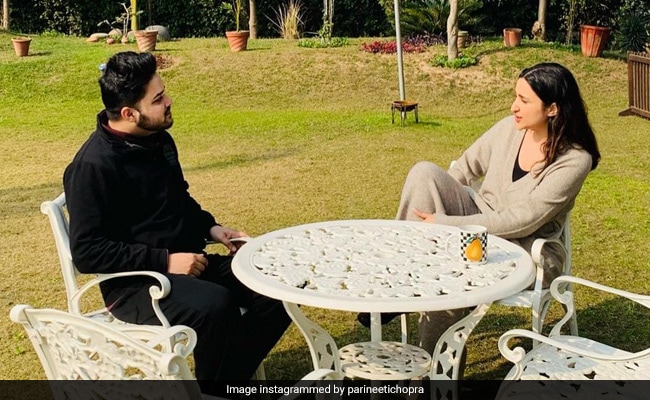 Parineeti Chopra is in a celebratory mood as it is her brother Sahaj Chopra's birthday. To make the day a special one, the actress has penned a sweet note. Parineeti is seen spending time with Sahaj in the pictures that she has shared on Instagram. In a lengthy caption, she wrote, "Even when we are 80 years old, I think you and I will be like this - like 2 happy grannies, bathing in the sun and chatting away, talking about our dreams and the plans we have for our lives ..this is us .. you are my little baby, but also my elder mentor."

Wishing him further, she said, "Since the day you were born, I held you in my arms till you became too heavy to carry! But the moment I put you down, you took over .. you've held my hand and shown me the way when no one else did! you've been my big man, since you were a little man! Happpy bdayyyy stoooopid boiiiiiiii ... luff yewwww ok??"

Parineeti has another reason to be happy as her film Sandeep Aur Pinky Faraar has released today. The dark-comedy is directed by Dibakar Banerjee and stars Arjun Kapoor in the male lead. This is Parineeti's third movie with Arjun after Ishaqzaade and Namaste England.

Parineeti's next movie is Saina. It is based on the life of ace Indian badminton player Saina Nehwal. The trailer of the sports drama got netizens talking and they are waiting eagerly for the film's release.