For Swara Bhaskar's Anaarkali of Aarah, Censor Board Suggests 13 Cuts 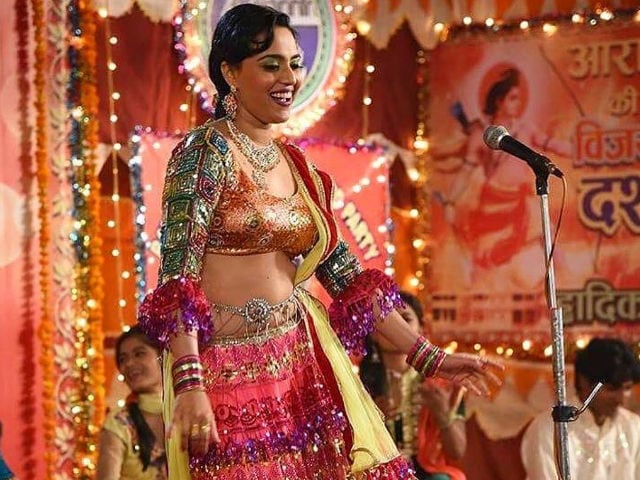 Swara Bhaskar in Anaarkali of Aarah

New Delhi: Swara Bhaskar's upcoming film Anaarkali of Aarah has come under the central Board of Film Certification's (CBFC) 'axe.' The film's producer Sandiip Kapur told news agency PTI that the Censor Board has ordered 11 cuts in the film including censoring of names of actors Amitabh Bachchan and Amrish Puri. "There are 11 cuts mentioned by the censor board, including one bold scene. They have told us to remove the names of Amitabh Bachchan and Amrish Puri (in a dialogue) fearing it might hurt sentiments. They have also asked to remove the word 'Arjun', which comes in a shayari (poetry). They think it will hurt religious sentiments. With these cuts it will be difficult for audience to understand the context in which the dialogues are said," Sandiip told PTI. After the cuts, the film may release with 'A' certification.

Sandiip Kapur also told PTI that he doesn't intend to fight the censor board and release the film. However, Sandiip says that Avinash Das, director of Anaarkali of Aarah and the cast are against censorship of any sort. "For an independent producer like me it is difficult to fight with CBFC and release the film. The director and actors are against accepting the cuts. It is a bold and powerful film (but) the language is not abusive," he told PTI.

Sandiip cited the example of 2016 film Udta Punjab, for which The CBFC had offered 89 alterations including change of the film's tile. "I have seen big filmmakers facing trouble in releasing their films. (See) what happened with 'Udta Punjab'?. It is unfortunate and sad as it is killing the creativity," Sandipp told PTI. Udta Punjab released with 13 cuts and kept the original title.

Recently, some scenes of the film, which the CBFC wanted to be removed, leaked online and the producer told PTI: "The matter is with the police now, they are investigating it properly. To prevent further damage, we have filed a petition in Madras High Court to block sites that offer pirated version of films." Anaarkali of Aarah also stars Pankaj Tripathi and Sanjay Mishra and is set to release on March 24.

Promoted
Listen to the latest songs, only on JioSaavn.com
Recently, the Censor Board was criticised by actors and filmmakers after the film certification body did not clear Lipstick Under My Burkha, because: "The story is lady oriented, their fantasy above life. There are containous sexual scenes, abusive words, audio pornography and a bit sensitive touch about one particular section of society (sic)." Lipstick Under My Burkha stars Konkona Sen Sharma, Ratna Pathak Shah, Aahana Kumra and Plabita Borthakur. It is directed by Alankrita Shrivastava and produced Prakash Jha.