For Sonakshi Sinha, Akira Was Bruising. Quite Literally 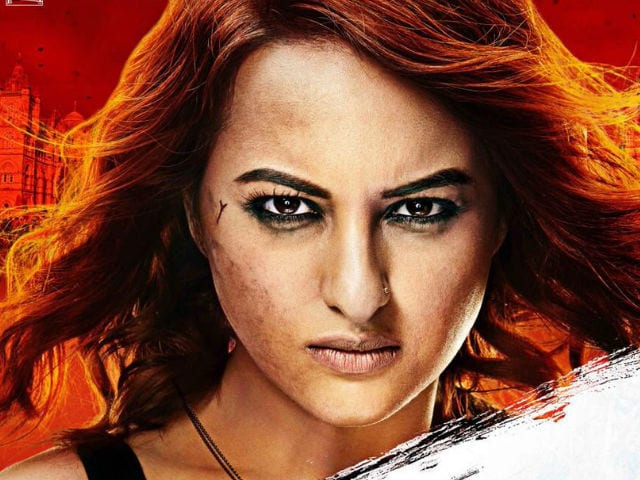 A poster of the film Akira.

New Delhi: We saw Sonakshi Sinha pack one helluva punch in the trailer of her film Akira. She fought bullies, goons and cops alike but all that action came at a heavy price. On Tuesday, Sonakshi shared a throwback picture of her bruised arm from when she was shooting for the A R Murugadoss-directed film.

Nope, i dint tattoo the map of USA on my arm. That is an actual bruise from shooting action for #Akira. From kicking ass. Black and blue for real. Bruised and battered but never given up. #nopainnogain #battlescars #toughgirl #bossgirl #throwback

In the film, Sonakshi Sinha plays Akira, who shifts from Jodhpur to Mumbai and immediately finds herself in thick of a blackmail racket run by a corrupt cop, played by Anurag Kashyap. With no one on her side, Akira is determined to clear her name.


The trailer impressed many of her industry colleagues, including Ajay Devgn, who has worked with Sonakshi in Action Jackson and Son of Sardaar.

if you start doing kickass action like this @sonakshisinha, what will happen to us? #AkiraTrailer

Murugadoss is directing Sonakshi for the second time in Akira after 2014's Holiday: A Soldier Is Never Off Duty.

After Akira, Sonakshi Sinha will be seen in another action film - Force 2, directed by Abhinay Deo and co-starring John Abraham and Tahir Raj Bhasin. She has also signed up for Noor, an adaptation of Pakistani journalist Saba Imtiaz's popular novel Karachi, You're Killing Me!. The film will be directed by Sunhil Sippy.

Should Maheep Kapoor Get Her Old Hairstyle Back? Sonam, Karan Johar Say No But They're Losing