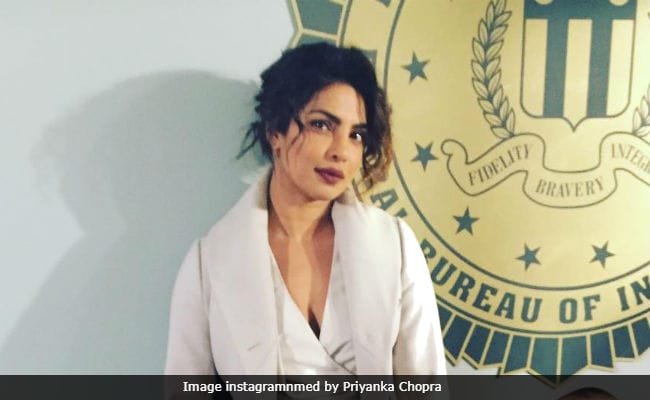 New Delhi: Priyanka Chopra is reportedly contemplating quitting Quantico, the television show which made her a household name in the West. A source told mid-day that Priyanka is interested to be a part of Salman Khan's Bharat and she's not very keen on a fourth season of Quantico. Before leaving to film the third season of the show, Priyanka reportedly read the script of Bharat, which is directed by Ali Abbas Zafar. "Priyanka was quite taken by the script of Bharat. What also added to her excitement was that it would give her the chance to team up with Salman after a decade. But she's not signed on the dotted line yet," the source told mid-day.

If Priyanka signs Bharat (produced by Salman's brother-in-law) she won't have time to shuttle between US and India.

The source added that Priyanka doesn't want Quantico to renew for the fourth season. "Priyanka feels the show will lose steam if they continue with more seasons. Before pursuing any more international offers, she wants to do a Hindi film," the source said. However, the source also said that she won't say no to the showrunners if Quantico is renewed for season 4. But the show's renewal will depend on the performance of season 3, which will air from April 26. "She won't say no to them if the next season is sanctioned, but she fears being repetitive"

Promoted
Listen to the latest songs, only on JioSaavn.com
Priyanka Chopra has already made three Hollywood films Baywatch, A Kid Like Jake and Isn't It Romantic?. If everything falls into place then, Priyanka will return to the Indian big screen after 2016's Jai Gangaajal.