Priyanka Chopra, who has worked with Anushka Sharma in the 2015 film Dil Dhadakne Do , wrote: "Congratulations you guys!" 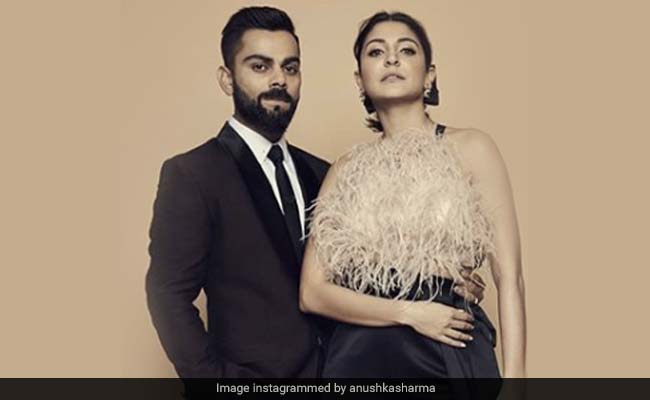 Actress Anushka Sharma and her husband, cricketer Virat Kohli, are expecting their first child and their big announcement has sent the Internet into a meltdown - we are not surprised, are you? Within minutes after the couple shared the news on social media, congratulatory messages started pouring in for the parents-to-be from the likes of film stars such as Priyanka Chopra, Alia Bhatt, Preity Zinta, Samantha Ruth Prabhu, Karisma Kapoor, Kriti Sanon, Varun Dhawan, Taapsee Pannu, Parineeti Chopra, Diana Penty, Pooja Hegde, Vaani Kapoor, Mouni Roy, as well as tennis player Sania Mirza and cricketer KL Rahul. Anushka and Virat made the baby announcement by sharing a photo of themselves, in which Anushka's baby bump stole the spotlight, on their respective accounts with this adorable caption: "And then we were three! Arriving January 2021."

“Congratulations!” read Samantha Ruth Prabhu, Taapsee Pannu and Kiara Advani's comments while Kajal Aggarwal wrote: “Big congratulations and lots of love to the both you!” 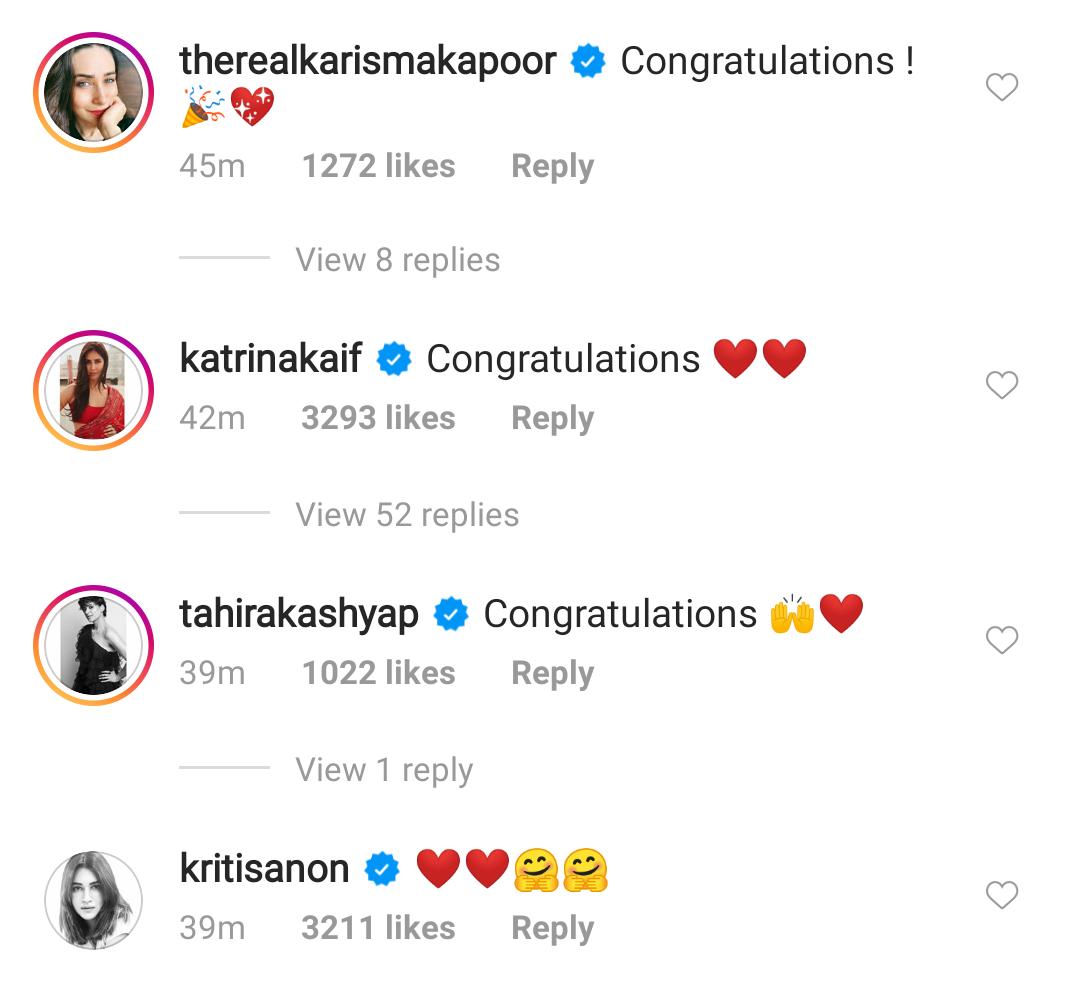 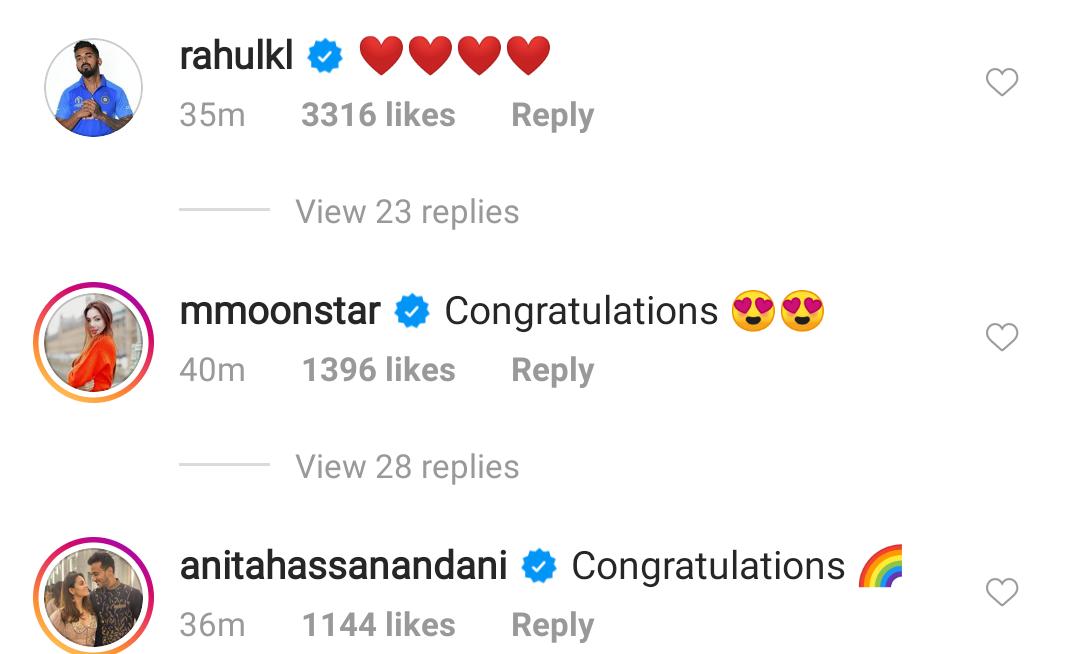