For Amit Trivedi, A Special Tribute From Over 100 Musicians 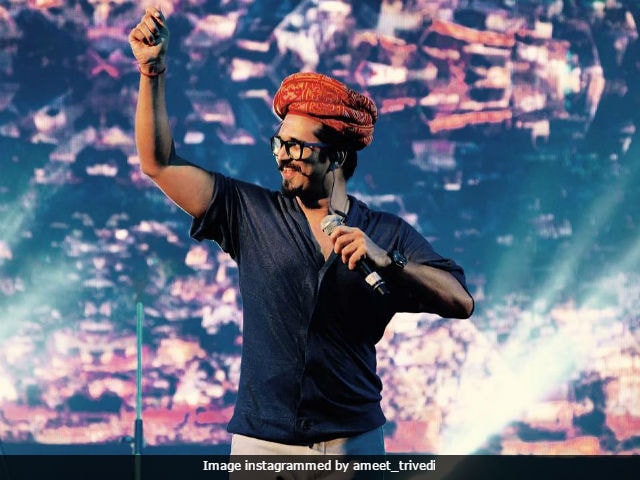 Amit Trivedi made his debut as a film composer with the film Aamir (Image courtesy: ameet_trivedi)

New Delhi: Amit Trivedi is without a doubt one of the most talented singers and music composers of recent times. The 37-year-old singer, who composed the music for Gauri Shinde's film Dear Zindagi, starring Shah Rukh Khan and Alia Bhatt, was paid a tribute by over hundred artists. A video recently uploaded by THE LIVE 100 EXPERIENCE on YouTube shows artists singing Amit Trivedi's popular song Love You Zindagi from Shah Rukh-Alia's film. He also sang Just Go To Hell Dil from the film. In the video, Amit Trivedi later joined the choir on stage, thanking them for the performance. He said: "Thank you for making me feel so special. Will never forget this moment in my entire life." He also performed along with them at the end of the video.

Amit Trivedi, who started his career composing jingles and music for theatre and non-film albums, made his debut as a film composer with the 2008 film Aamir starring Rajeev Khandelwal. His work in the 2009 film Dev D, directed by Anurag Kashyap, was critically acclaimed and earned him several accolades including the 2010 National Film Award for Best Music Direction.